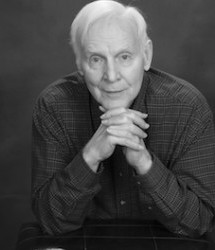 Tom Kakonis, who passed away in 2018, was often compared to Elmore Leonard… and for good reason. His stunning thrillers blend dark humor with gritty storytelling for compelling, and innovative crime noir capers packed with unique, sharply drawn characters and shocking twists. All of those talents are on full display in Treasure Coast, his final novel, published for the first time anywhere by Brash Books.

But that success was built on a foundation of incredible crime writing. In his highly-praised debut Michigan Roll, Kakonis introduced Tim Waverly – a loveable gambler who constantly finds himself playing a game of survival against the odds. The Waverly series continued with Double Down and Shadow Counter, and Kakonis also penned the hilarious and harrowing Christmas car heist Criss Cross.

Kakonis took a darker turn with Blind Spot and Flawless, two mind-blowing thrillers he initially wrote under the pseudonym “Adam Barrow.” Blind Spot is a tour-de-force that tracks a father’s relentless, driving obsession to save his family at any cost, while Flawless, picked as a People Magazine Chiller of the Week, centers on a chilling serial killer as his perfectly-ordered life begins to crumbled when he falls in love, his imprisoned father is released, and a relentless, and sleazy, PI starts to follow the trail of bodies to his door.

His final novel, released by Brash Books in 2014, was Treasure Coast, a rollicking thriller set on a sunny Florida coastal town that’s teeming with conmen and killers. It was Tom Kakonis at his best. 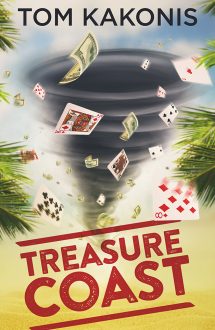 Tom Kakonis is a master of the low-life novel. Nobody does it better

Kakonis is a complex wordsmith whose literary powers (and philosophical digressions) far exceed what pulp fans are accustomed to reading.... his near-expressionistic descriptive powers that verge on the Lovecraftian in their density

Up and Down These Mean Streets Blog