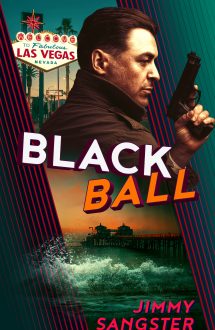 James Reed is an ex-Scotland Yard cop who then became the ex-husband of a famous Hollywood actress. He’s happily lazing around in the Malibu beach house he snagged in the divorce when a storm slams the coastline with monster waves. He rushes out to help evacuate other homes…and discovers a passed-out, drunken neighbor and a naked woman robbing the man’s floor safe. Reed lets her go… a mistake that gets him falsely accused of rape, chased by killers, and hired by a billionaire being blackmailed into marriage. And that’s only the beginning of Reed’s troubles.

A satisfying and well-constructed Chandleresque plot. Sangster definitely makes the grade as a gifted suspense writer.

With his new novel, Sangster and Reed rise to new heights. This is a fast-moving, funny, sex-- very sexy -- story. The conclusion is a shocker. Sangster is writing better than ever and James Reed is a very charming character.

A second helping of James Reed should be as well received as the first. Sangster certainly has a ball writing this series