Home » Books » Eye of the Storme 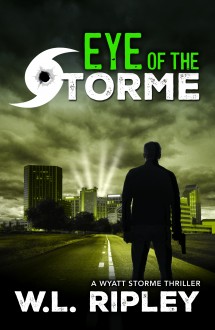 Eye of the Storme by W.L. Ripley

A young co-ed is raped by a country music legend in Branson, the “NashVegas” of Missouri. Ignored by the police, she turns to TV newswoman Sandy Collingsworth for help. Sandy’s investigation stirs up a hornet’s nest of corruption and crime, putting her in the mob’s crosshairs …something her boyfriend Wyatt Storme, a freelance troubleshooter, won’t abide. Storme rolls into Branson like a hurricane with his buddy Chick Easton, an unhinged ex-CIA operative, to settle the score with his own brand of justice.


Reviews For Eye of the Storme

This is a fine series that has improved dramatically with each outing. Superior entertainment

A whirlwind of love, morality, wit, and revenge. Ripley is a powerhouse in the mystery field.