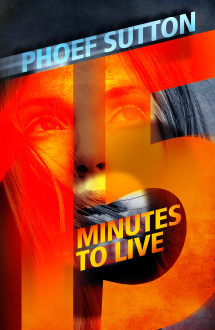 Carl moved into his childhood home after his parents died. It’s a house filled with fond memories…like when he was a teenager and his girlfriend Jesse would throw pebbles at his window at night to lure him outside for frantic sex. So he thinks he’s dreaming when late one night, he hears those pebbles hitting his window again…and there she is outside, aching for his touch. It’s only as they are ravaging each other again that he realizes it’s too good to be a dream.

It’s her. She’s back as if nothing has changed. But it has. For one thing, it’s been twenty years since high school. And she died three weeks ago.

Is she an imposter? A ghost? Or is the answer even more chilling? It’s just the beginning of a dangerous, unpredictable, and bizarre odyssey for them both…where nothing is what it seems… and every minute counts.

A substantially different version of this book was previously published in 1998 as “Always Six O’Clock.”

Fifteen Minutes to Live – The Audiobook

Reviews For Fifteen Minutes to Live

Just brilliant. Twisty, turny, thriller. Every time you think you've got it, it races ahead of you. Don't read the blurb, avoid spoilers - just dive in, it's worth it. Oh, and there's a truly HORRIBLE character in it. You spend some time in his head, and he's properly disgusting and chilling and awful. There! Who can resist THAT for a recommendation??

Steven Moffat, creator of COUPLING and SHERLOCK, showrunner of DR. WHO

Part mystery, part adventure, with some of the elements of time travel perfectly blended with just the right amounts of romantic tension and humor, the fast-paced novel by veteran CHEERS writer Sutton is definitely a winner

Phoef Sutton has a wonderful and unique voice. This is a romantic tale, full of suspense and human emotion. It's also funny in its own special way. Once I started it, I couldn't stop

Sutton’s prose is austere and easy-going. It’s tempting to call Sutton’s novel a “romantic thriller,” but like most labels this is a bit misleading. It is rather a story of deception, past lives and lost love suddenly thrust upon an unsuspecting protagonist who feels bound to protect a cherished friend unable to fully care for herself. But the complication involved makes the story appealing to most every fan of mystery fiction. If the lure of TV writing doesn’t distract him again, let’s hope to see more such engaging and unusual mysteries from this talented author

The hippest, most original novel of 2015 was written in 1998. But that's the least of the time-warping pleasures of FIFTEEN MINUTES TO LIVE, an invigoratingly original, hilariously thrilling novel about a woman caught in an endless, fifteen-minute loop of her teenage life, and the hapless TV writer who finds himself trapped with her...desperately trying to save her, and ultimately himself, from a horrific demise.

When the one love you can never forget has forgotten everyone in the world but you it's both a soaring fantasy and heartbreaking tragedy. FIFTEEN MINUTES TO LIVE explores this completely unique relationship with tenderness, suspense, complexity, and depth. Treat yourself to a haunting romantic journey you will never forget.

Ken Levine, producer of MASH, CHEERS and FRASIER; author of THE ME GENERATION BY ME.

FIFTEEN MINUTES TO LIVE is a great read with great characters. Love and death and loss take on a new meaning when a woman's memory loss becomes her best defense against a killer. Grab a copy! You'll be glad you did!