Home » Books » The Charleston Knife is Back in Town 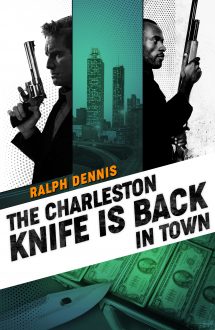 The Charleston Knife is Back in Town by Ralph Dennis

The second novel in the unforgettable, long lost series by Ralph Dennis is finally back in print… after being coveted for years by collectors of the very best in hardboiled fiction.

Five kids rip off a gambling party attended by Hump Evans and some of Atlanta’s criminal and political elite. Hardman is hired to recover the loot and find the kids before they are caught and butchered by a hitman from Charleston with a very sharp knife.


Reviews For The Charleston Knife is Back in Town

The Hardman books are by far the best of the men’s  action-adventure series.

The novel is a smooth and calculating read as Hardman and Hump navigate whore houses, strip clubs and dives to track down the robbers before the hired slasher. This series, and its second installment, showcases this Atlanta author's penchant for the crime noir. This is a mandatory read.