Home » Books » Murder is Not an Odd Job 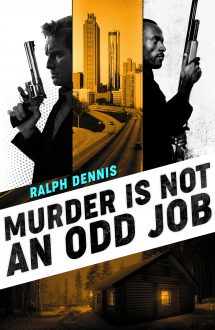 Murder is Not an Odd Job by Ralph Dennis

It’s Atlanta, 1974. Ex-cop Jim Hardman and his drinking buddy Hump Evans, an ex-NFL player, will do just about anything short of a felony to make a buck…but even that rule is flexible.

In their sixth adventure, Hardman steps into the middle of a bar fight and stumbles into a deadly but lucrative job — protecting  a guy who is next-in-line for a massive inheritance from being murdered by professional assassins. But as the body count rises, and killers just keep on coming, it becomes clear to Hardman that the motive is more than money… and that he may be fighting an adversary who will never stop, even after death.

This new edition includes an Afterword from author Cynthia Williams, who was one of Ralph Dennis’ students.


Reviews For Murder is Not an Odd Job

The Hardman books are by far the best of the men’s
action-adventure series.

This is the sixth in the Hardman series, and it is one of the best paperback crime series to have hit the stands. The action is tough without being sadistic, and Dennis is a professional writer through and through.

Exceptional characterization, strong and vigorous prose, and a glimpse into a place and time that has long since disappeared.

Dennis may not have made literature of Hardman, but he damn sure touched on it more than a time or two.