Home » Books » A Talent for Killing 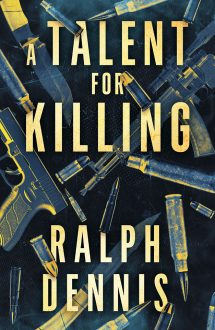 A Talent for Killing by Ralph Dennis

​LONG BEFORE JASON BOURNE, THERE WAS KANE

Kane was a top CIA assassin until he suffered traumatic physical and psychological injuries in a mission that went horribly wrong. The Agency wiped his memory, gave him a new identity, and retired him to a life of mundane, anonymous domesticity. But his training, and his talent for killing, came back with a vengeance. He created a new life for himself as a killer-for-hire, righting wrongs for people who can’t find peace or justice any other way. He doesn’t know that his memories are fiction, or that he is always being watched, or that he’s been targeted for death by a rogue faction within the Agency.
In this brutal, fast-moving thriller from Ralph Dennis, the author of the legendary Hardman series of crime novels, Kane finds himself caught between the mob, Cuban revolutionaries, and his own government as he seeks retribution for a man murdered for uncovering small-town corruption…and justice for another man on death row, falsely convicted of raping and murdering a child.


Reviews For A Talent for Killing

This came as a fantastic blast from the past for me. Best known for his iconic Hardman series, the late great Ralph Dennis is only now beginning to find the acclaim he deserves. A Talent For Killing is a brilliant blending of his' once thought to be standalone novel, Dead Man's Game, with it's recently discovered sequel. In the uber skilled editing hands of Lee Goldberg, the books have been combined to produce arguably Dennis' finest work. A Talent For Killing stands with the best in the genre...

I whole-heartedly agree with that assessment. Lee Goldberg was kind enough to send me an advanced copy and I ate it up. Ralph Dennis' prose is so smooth and easy flowing and his characters engaging and very interesting and always up to something. Kane is incredibly captivating because he is so darn good at what he does but at the same time very, very human so he is both eminently believable and constantly thrilling. This terrific two-part drama fits easily and perfectly in both the Men's Adventure category and the Spy-Fi genre. Well done to Mr. Dennis and to Lee for his fine touch.

Lee Goldberg has combined Dennis’s Deadman’s Game(1976), his first Kane novel, with its unpublished sequel, substantially editing both in the process, to produce this breathless, lean noir thriller. Dennis (1931–1988) doesn’t mince words. Every line is razor sharp and without an ounce of fat. Jason Bourne fans will find a lot to like

There are times when Dennis' writing touches on the inspired. He knew how to ride the zeitgeist even if not get ahead of the game. A really exhilarating action thriller that springs a couple of surprises.