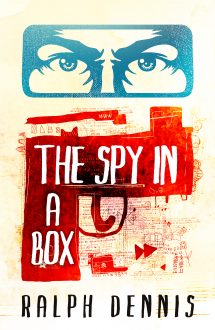 The Spy in a Box by Ralph Dennis

The bold new novel of espionage and betrayal from thriller master Ralph Dennis, the author of A Talent for Killing and the acclaimed Hardman series of crime novels.

Will Hall is a CIA agent in a South American country on the brink of Civil War. But when the moderate, rebel leader that Hall covertly supported is assassinated, the spy resigns and retreats to a cabin in the North Carolina woods. His quiet, civilian life is shattered when an unknown adversary frames him for revealing Agency secrets, putting a kill-on-sight target on his back. Hall runs in a global chase to evade death, clear his name, and free himself from the flawless “box job” that could become his coffin.


Reviews For The Spy in a Box

A disciplined focus on atmosphere bolsters this previously unpublished spy novel from Dennis...[his] stark, impassive prose will appeal to noir fans. Steady plotting and authentic characters hold the story together.

A smooth thriller with an abundance of Cold War coolness and double-crosses.

An unconventional spy thriller with compelling characters that springboard into action