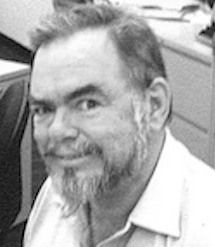 Ted Thackrey Jr. was a Korean War vet, an author and newspaper reporter who, after stints at several newspapers, ended up in 1968 at the Los Angeles Times, where he became known over the next two decades for his colorful news stories, columns, and obituaries. His novel The Preacher was an Edgar Award finalist that led to two sequels, Aces & Eights and King of Diamonds, and the movie Wild Card starring Powers Boothe. He also  wrote the non-fiction books The Gambling Secrets of Nick the Greek and The Thief: The Autobiography of Wayne Burke and ghostwrote over 40 books and several screenplays. Thackrey Jr. died in 2001. 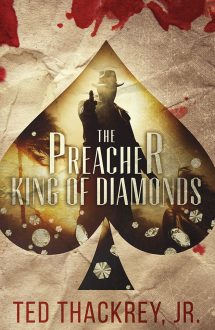 The Preacher: King of Diamonds By Ted Thackrey

Thackrey’s non-fiction works include studies of the various games of poker, as well as biographies of actual professional gamblers (most notably Nick the Greek). So he is well aware that poker is not simply a card game of chance but also, as The Preacher himself calls it, “one of the great undiscovered tools of psychological investigation.” The betting and bluffing habits of those around the table, as well as their general behavior during the many hands, provide insights as detailed and accurate as any modern forensic or profiling investigation report. This same intensive insight is applied to the other town suspects and settings, even when poker is not involved. Thackrey livens these observations with doses of subtle and sarcastic humor, further enriching their depth and relevance to the plot.

Make My Bed in Hell – Coming in June