Home » Books » Blues in the Night 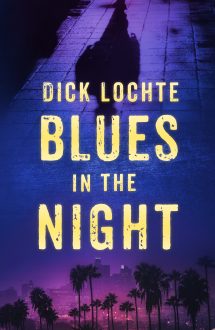 Blues in the Night by Dick Lochte

A noir novel of redemption, a lightning-fast thrill ride, a witty whodunit and an edgy, no-holds-barred love story that reads like a modern day Maltese Falcon on steroids…by one of the most acclaimed and admired writers in crime fiction.

David Mason (AKA Mace), a hardboiled ex-con, returns to Los Angeles after nine years to discover that the angels who gave the city its name have long since flown the coop. Instead, he finds a secret formula as deadly as it is priceless, a beautiful woman who may be deadlier than the formula, a ghost dog who prowls at night, an oddly likeable mobster whose life is on the line and assorted show biz flakes, CIA wheeler-dealers, international terrorists and eccentric home-grown leg-breakers.

Blues in the Night was a 2013 Shamus Award finalist for best novel of the year from the Private Eye Writers of America.


Reviews For Blues in the Night

Mace is the real deal, a hardboiled, no-nonsense pro who knows how to handle himself, and yet is self-aware enough to know he has some serious chinks in his armor. But it's his snappy, sardonic Chandleresque take on La La Land-and the changes society and technology have gone through while he was in the joint-that really seal the deal. More please, Mr. Lochte.

Tense, fast-moving crime novel from Nero Wolfe Award-winner Lochte… Tough, independent Mace is a wild card and one that Lochte should play again.

Lochte turns in an excellent performance with this gritty solo effort. [A] solid, well crafted thriller with a likable protagonist and an engaging cast of supporting players.

It's a twisty journey with surprises all along the way, and it's all told with zest and humor that kept me reading past the time when I usually turn off the lights. Lots of great L. A. local color, and colorful characters, too. You can't go wrong here

Dick Lochte has long been one of my favorite writers and this time out he's delivered a five star thriller that will stay with you for a long time after you close the covers.