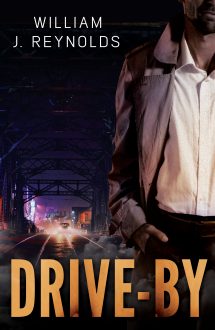 The sixth novel in the acclaimed Nebraska series, “one of the most refreshing additions to the ranks of hard-boiled detectives,” Publishers Weekly.

When Darius LeClerc, the nephew of one of Nebraska’s old friends, is gunned down on an Omaha street, it appears to be just another random, drive-by gang shooting. But Nebraska believes Darius was intentionally targeted and isn’t willing to let it go. He teams up with the boy’s uncle to discover the motive…and find the killers. It’s a dangerous quest that takes them into Omaha’s alleys and backstreets, and into the dark, brutal heart of urban gang violence.

Reynolds once again reveals his delightful sense of humor as well as his ability to keep returns turning the pages.

The writing is witty, stylish, and shot through with humanity...and the suspense is as intense and consistent as Joe Montana's two-minute drill.

Nebraska is no bleeding heart do-gooder, but an honest man trying to do his job. Reynolds is as much fun to read as anybody around , either inside or outside the genre.