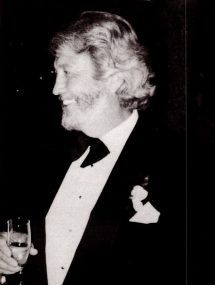 Tom Ardies was a reporter and columnist for the Vancouver Sun during the 60’s, a thriller novelist in the 1970s & 80s, and an acclaimed crime writer (under the pseudonym “Jack Trolley”) in the 1990s. His spy novel Kosygin Is Coming, was adapted into the movie called Russian Roulette starring George Segal and Denholm Elliott. He died in 2020 at the age of 89.

In a Lady's Service 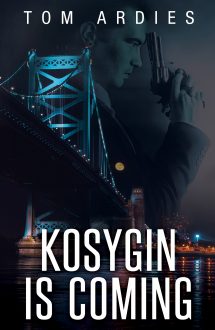 Kosygin is Coming By Tom Ardies

Tom Ardies is the nearest thing to Ian Fleming and Mickey Spillane that we have.

Written in a lean, wryly humorous style, the fourth Tommy Donahoo novel is short on pages but long on action. The biggest mystery is why Tom Ardies hasn't won the Edgar Award yet.

Trolley has a knack for writing taut thrillers. He brings the action right down to the last, breathless second, and he does it with considerable skill, humor and style.

Trolley is like a noir voice out of the past, fast talking, sardonic, generating a great deal of suspense.