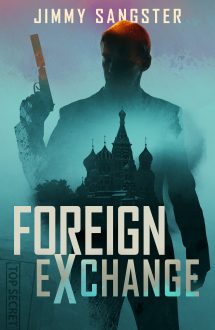 He’d Have to Be Insane to Take This Job…

The sequel to THE SPY KILLER.

Ex-British spy John Smith blackmailed his way out of the secret service years ago and is content barely scraping by as a private eye. But then his manipulative and totally untrustworthy ex-spy master offers him a lucative payday to participate in high-risk operation on the other side of the Iron Curtain…or face involuntary commitment to an insane asylum if he refuses. His mission: go to Russia as a spy and get himself captured so he can pass bad intelligence to the enemy. The trick will be getting back alive when there’s absolutely nobody he can trust, especially his boss. The Delaware Morning NewsHe takes the assignment, a deadly decision that soon confirms that he not only would have been better off in the asylum…but that perhaps he truly deserved to be there.

This droll, tongue-in-cheek thriller has its charms, notably Smith’s deadpan wit and his mostly solid moral compass. Espionage fans should find this a pleasant diversion.

Breathlessly paced, wickedly funny, with a naughty, but hilarious climax.

Sangster's light-hearted approach gives the novel sprightly animation. The startling twist in the very last sentence is as ironic as it is unexpected.

With sexy foreplay & an intriguing plot, FOREIGN EXCHANGE is one of the best kept secrets of the spy genre.