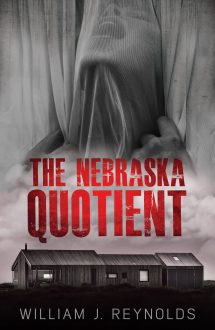 The Nebraska Quotient by William Reynolds

The first book in the acclaimed Nebraska P.I. series, a Shamus Award finalist for Best Novel from the Private Eye Writers of America.


Reviews For The Nebraska Quotient

William J. Reynolds dangerously but deftly skirts parody without betrayed the tough-guy tradition. Let's hope Nebraska doesn't get out of the business.

William J. Reynolds is an excitig talent in the classic style. What more can you ask for? THE NEBRASKA QUOTIENT is a fast-moving story with just the right blend of all the necessary tough-guy ingredients.

What's special about this novel is Reynold's wit. He takes the hard-boiled detective and turns him into a hard-boiled punster guaranteed to elicit a smile or a groan from even the most hard-core mystery lovers.

Shades of Travis McGee, Lew Archer, Philip Marlowe, Quick Draw McGraw and Nick Charles pop up as Nebraska gets in deeper and deeper...

The suspenseful plot is filled with tension. The clues are subtle, and the author has created an unforgettable character in Nebraska.