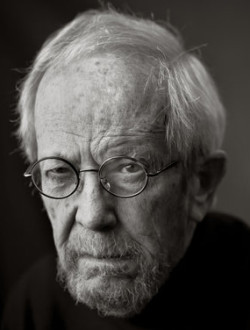 Constructing the page-turning novel is one great attention grabbing opening line followed by another great sentence, forming a great attention grabbing opening paragraph, followed by series of great paragraphs, forming an outstanding first chapter, succeeded by several great can’t-stop-reading Chapters leading to an engrossing plot peopled by living, breathing, interesting characters in dire situations who forge ahead courageously against all odds to an “Oh my God” hold-your-breath climax and resolved by a satisfying ending leaving the reader emotionally drained and ready to buy your next book.

Thus, you have completed the great American novel.

Sound easy? In the immortal words of Gene Autry, “Nope.”

And yet the first sentence doesn’t have to be anything intricate. It can be one word, two words or a very simple declarative sentence. Don’t sell declarative sentences short. If you can’t write one, then you’re going to be frustrated when you write.

Here are some great opening lines, mostly from crime novels. First from the great, John D. McDonald, creator of the legendary Travis McGee:

“We were about to give up and call it a night when somebody dropped the girl off the bridge.” – Darker than Amber (1966)

Here’s one from Lee Child, the creator of the Jack Reacher series:

“I was arrested in Eno’s diner.”

“At twelve o’clock. I was eating eggs and drinking coffee. A late breakfast, not lunch.”

The reader is pulled into the narrative. Why is the man eating breakfast at noon?

The late Elmore Leonard was the master of the opening line.   Leonard’s writing was lean, direct and he was a maestro of street language, making it sing. Leonard’s characters never sounded phony and the dialogue was always spot on. Here are a few examples:

“Raylan Givens was holding a federal warrant to serve on a man in the marijuana trade known as Angel Arenas, forty-seven, born in the U.S. but 100 percent of him Hispanic.”—Raylan (2011)

“Chris Mankowski’s last day on the job, two in the afternoon, two hours to go, he got a call to dispose of a bomb.”—Freaky Deaky (1988)

Mankowski is about to leave the bomb squad “last day on the job and two hours to go” and gets a call to diffuse a bomb. The reader is pulled into the narrative immediately, wondering, ‘Will Mankowski live through this?’ ‘Where is this going?’

In addition, Freaky Deaky’s first chapter is my all-time favorite of any novel I’ve read and I’ve read hundreds. If you’re a writer I would urge you to read this chapter and study it. Leonard draws you in and give you some insight to the personality of his protagonist, Chris Mankowski as well as highlights some of the dilemmas and trials he faces in the remainder of the book and does so subtly and with an economy of words. Better, the first chapter it is a story in itself. Leonard’s opening chapter is a short story in a chapter, beautifully realized. Go and read it. Read it again. It is a marvel of great character development, brevity, humor, tension and nailing the tempo and flavor of what’s to come. If you read only this one chapter of Leonard’s work you will want to read more of his catalogue. You’ll smile. Wonderful and satisfying.

I don’t care what genre you favor; Elmore Leonard is miles ahead of the pack in many areas of the writing task and you short-change yourself as a writer (and a reader) not to read and study his work.

Other great authors and their openings.

Charles Dickens opening of Tale of Two Cities is one of the best known openings in literature.

Great opening line but one may not remember it is only part of the entire first sentence. Dickens continues the sentence…

A sentence that is an entire paragraph.

If you try that today in the world of texting, tweeting, social networking and the modern short attention span, editors might just pass on your novel. Should be remembered that Dickens wrote this is a time when writers were paid by the word, there was no television and readers wanted many pages before they laid down their hard-earned money.

Also, Dickens was a genius and genius is unique.

Another great opening line was minimalist in opposition to Dickens’ loquaciousness.

One of literatures most famous and widely read novels is J. D. Salinger’s “Catcher in the Rye”. Holden Caulfield is a memorable character whose personality and where the book is headed is capsulized in this well-constructed opening paragraph.

“If you really want to hear about it, the first thing you’ll probably want to know is where I was born, and what my lousy childhood was like, and how my parents were occupied and all before they had me, and all that David Copperfield kind of crap, but I don’t like going into it, if you want to know the truth. – J. D. Salinger, The Catcher in the Rye (1951)

Right out of the chute you know the protagonist is cynical about the world he lives in, his past experiences and that the narrative will be uniquely Holden Caulfield. The rest of the novel is written in the distinctive, sometimes cynical, sometimes pathetic and often humorous voice of Holden Caulfield and there is not another protagonist like him in all of literature.

Great authors know they have to get the reader’s attention and never allow them to look away. Ending your chapters with a cliff-hanger works. Each chapter should progress the plot and tell a mini-story. My favorite accolade is when a reader or editor tells me they read my novel in one sitting. I’ve even had a major movie star/celebrity read my novel  “Springer’s Gambit” in one weekend and immediately optioned the book for a major film release. Money for work already done.

If you’re a writer you must first be a reader; a reader who loves the well-turned phrase. Make the reader stop what they’re doing and read. Make them turn off the TV and make them late for work. When you write make ‘em laugh, make ‘em cry, make ‘em feel . . . above all don’t bore them. Boring the reader is the worst sin of any writer.

And, that is what you must work at; constructing that killer opening line.

Hook ‘em, reel ‘em in and don’t release them. They’ll read your book and love you for it.

W.L. Ripley is the author of two critically-acclaimed series of crime novels — four books featuring ex-professional football player Wyatt Storme and four books about ex-Secret Service agent Cole Springer. His latest novel is the critically acclaimed Storme Warning. We will also be re-releasing Ripley’s other books through 2015 and early 2016. 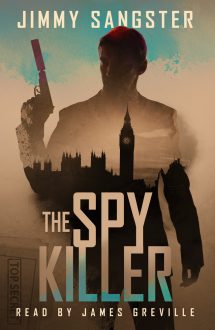