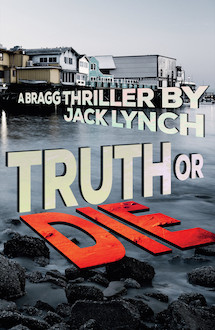 Truth or Die by Jack Lynch

Bragg runs into Jo Sommers, a woman he longed for many years ago…and who is now unhappily married. Hour’s later, she’s accused of murdering her husband. Bragg agrees to help prove that Jo is innocent, discovering a tangled web of blackmail, extortion, and murder, stretching forty years into the past…to a secret so horrible, it’s still worth killing to keep it buried.

Originally published under the title “Monterey.”


Reviews For Truth or Die