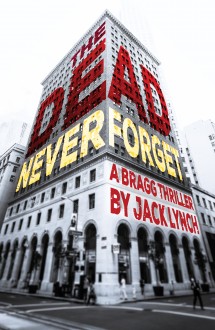 Korean War vet and ex-reporter Peter Bragg is hired by Armando Barker, a retired mobster, to find out who is targeting him and his eleven-year-old daughter with death threats. But after a gruesome killing of someone close to Barker, the threats become a bloody promise. Barker’s violent past in Sand Valley, a bleak, California desert town, has come back to haunt him with a vengeance. So that’s where Bragg goes, walking right into the vicious, bloody war that’s raging between the town’s factions…and becoming everyone’s target.


Reviews For The Dead Never Forget

I love that Brash Books has brought the Bragg books back into print. This is straight up some of the best California hard boiled writing you will ever read. Lynch is a natural story teller and has such a wonderful style it is impossible to put the book down. If you like reading noir-ish books or ar a fan of hardboiled detectives grab this book now.
It also has one of the best covers I've seen in a LONG time. An all around perfect book.

First-rate, well-plotted. Bragg is a restrained and believable hero. The action scenes are excellent. The gangland gun battle that rages across Sand Valley is a superb