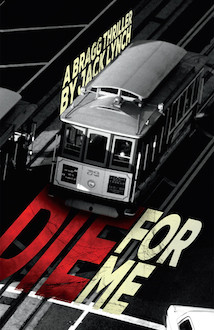 Die For Me by Jack Lynch

The long-lost eighth and final novel in the multiple Shamus and Edgar Award nominated Bragg series.

A psychic Peter Bragg once saved from suicide has seen her future… death at the hands of a serial killer… and turns to Bragg to save her life again. As one corpse after another is unearthed in the woods of Jack London State Park, Bragg teams up with a Sheriff’s detective in a race against time, and perhaps fate, to hunt down a killer stalking the nightmare landscape of the psychic’s visions and the dark, deadly streets of San Francisco.


Reviews For Die For Me

Lynch is on to something interesting when he compares police intuition with psychic foresight. In many ways the processes seem similar, especially in the way that a detective's mind shifts into the subconscious when assembling the pieces of an investigation...