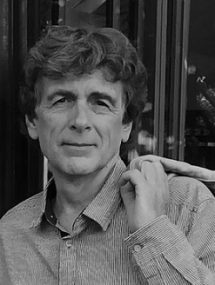 In high school, Leo W. Banks worked loading delivery trucks with the Sunday edition of the Boston Globe. In those days the Sunday paper was really heavy, so he switched from lifting to writing. He graduated from Boston College and earned a masters degree from the University of Arizona, where he later taught writing. His articles have appeared in the USA Today, Newsday, Miami Herald, National Review, National Geographic Traveler, Sports Illustrated, Wall Street Journal and many others. He has been a correspondent for the Los Angeles Times and, yes, the Boston Globe.

He has written four books of Old West history for Arizona Highways publishing and co-wrote a book about the Grand Canyon. His book about the saguaro cactus won’t stop selling. He has won numerous journalism awards and today writes a column for True West magazine. Double Wide, his first novel, won the 2018 Spur Awards for Best First Novel and Best Contemporary Western…and was True West Magazine‘s Western Crime Novel of the Year.

Will Zachary leads an isolated existence running The Flying Z, a struggling, southern Arizona ranch on the Mexico border, with his aging, dementia-stricken Uncle and a ragtag crew of of fellow cowboys and town folk. His ordered life dramatically changes when Merry O'Hara, driving cross-country on her way to grad school at Stanford, takes a wrong turn into a ditch on his land...and right into the middle of a war he's fighting with a vicious cartel smuggling drugs across his ranch. Against all odds, Will and Merry are drawn to each other, at the same time they're desperately fighting, out-manned and out-gunned, to protect the ranch and their lives. 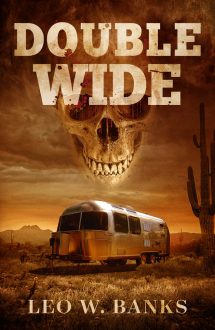 He displays an excellent ear for bitter, cynical dialog and an unsparing eye for desperate characters running on empty

Banks’ descriptions of the Arizona desert so vivid that you’ll rush to turn up the air conditioner, his portrayals of his colorful characters so memorable that you’ll find yourself wondering what else those who survived the tale are up to once you finish the last page

Great writing line to line, wonderful evocation of place, each sentence edged with grit and humor..

Banks’s descriptions are wonderfully evocative, and frequently contrasted with the ugliness of the Arizona cities just outside of the desert.

Leo writes skillfully and with deep love for the Arizona desert and his characters. He knows the worlds of the desert women, men and kids who live under the radar of entitled society—and he writes that world without sentimentalism or judgment. He writes about alcoholism and addiction with near-surgical understanding—and kindness. He writes about professional baseball with the same merciless grace.