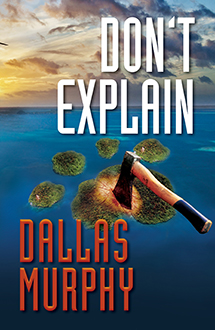 Artie Deemer is the reluctant sleuth who narrates my three-book series — Lover Man, Lush Life, Don’t Explain — published by Brash Books.  He would be happy sitting around his Manhattan apartment listening to jazz and maybe smoking a little pot. He’s able to do so because his dog Jellyroll makes a fortune in dog-food commercials and bad mystery movies featuring “the cutest dog in the world” (nobody cares about the humans).  But when, in Lover Man, his ex-girlfriend, Billie Burke, is found murdered in her bathtub, he gets up, turns off the music, and goes out to track down her killer.  In fact, he becomes obsessed with the search, fully aware of the danger to himself and his dog….And just who was this Billie Burke he professed so to know and to love?

In Lush Life, Artie falls in love with Crystal Spivey, a professional pool player from Sheepshead Bay, Brooklyn.  All is well, even blissful, until Chrystal’s ex-husband, Trammel Weems, appears in New York.  Weems, an inveterate crook who happens to be an ex-friend of Artie’s, barely escaped prosecution in Miami—the fix was in—when authorities discovered that his bank was devoted entirely to money laundering for any crook with the cash.  Is he back in business?  But when Weems appears to have drowned in a boating accident (no body recovered), his associates—Mafia bigwigs, financial scammers, a “dead” CIA operative, and a psychopath or two—mobilize to recover a piece of incriminating evidence that Weems might have left behind.  Their paths lead straight to Artie and Crystal.

That’s the problem in Don’t Explain.  Artie’s been receiving threatening notes written on bowling score sheets.  Someone means to kill Jellyroll.  Why?  For the publicity?  Artie and Crystal retreat from New York to a friend’s cabin on an isolated island off the Maine coast.  It seems a perfect place, the light, the sea and woods, evoking sweet eroticism.  But it’s not far enough.  The stalker lurks in the fog.  Not only that, when Jellyroll finds a skeleton half-buried near the cabin, it becomes increasingly clear that something weird and murderous has happened on the island.  And it’s not over yet.

I have an avocation—well maybe more important to me than that—as a science-outreach writer.  I’ve been going to sea annually, mostly in the Arctic, aboard oceanographic research vessels to write about the science as it’s happening and about life aboard world-class RVs.  Along with photos and videos, this work is published in the expeditions’ dedicated websites.  I just returned from six weeks aboard the Coast Guard icebreaker Healy in the Chukchi Sea, arcticspring.org, if you’re interested.  I usually write about 20,000 words on each of these trips for a pretty intense period that then abruptly ends….I return to New York from, say, Greenland jet-lagged and disoriented.  It’s hard to get back to the novel I’m trying to write, narrated by a 17-year-old boy in 1968, who to escape the draft goes to sea with his uncle aboard a tramp steamer engaged in certain illegal activities.

I’m pleased with the characters, the narrative voice, the incidents, but I haven’t discovered where it’s going.  Plots are hard.  I’m trying to get the ship to Greenland.  As a friend said, “What’s the point of having an experience, if you don’t write about it?”

I’m lucky in that I like the process.  Not everyone does.  Paraphrasing E.L. Doctorow, “Writing is like driving at night.  You can’t see any farther than what the headlights illuminate, but you can make the entire trip that way.”  I think that’s what I like—the day-to-day writing is too hard to be called an unmitigated pleasure, but that process of development, of discovery, and those delightful moments when characters do or say something you didn’t plan in advance.  And of course, if you can pay the bills, there is great luxury in getting up every morning to address only your own creative problems.  It’s almost too much to ask for.  But then one day, like Artie Deemer, you have to get up from the desk—and put it out there in the real world from better or, uh, worse.

A Sea Change… in Publishing

I published my first book in 1986.   That was right on the cusp of a sea change in  publishing, when the old houses were being gobbled up and spit out as ticks on the balance sheets of entertainment conglomerates.  (Okay, I admit that observation is a bit overcooked, but not entirely.)  The old marketing model—keep a backlist, let the big-sellers support the midlist, etc.—went more or less extinct.  This was also the time when publishers and agents who cooked up the big deals were becoming stars in their own right.  And in those days, word was that mysteries were suddenly hot and publishers were looking hard for new writers.  Publishers threw rice at the demand: if it has a murder that gets solved by, say, a one-legged blind guy who likes to fish, publish it; maybe it’ll stick.  The genre fragmented into a lot of specialized niches in which, sometimes, the milieu seemed more important than the characters and story.  That little era seems to have passed; there’s some fine stuff being published now, and, admittedly there was back then as well.  But the hurry-up-and-sell-a-lot-of-books attitude is still with us.  Sort of like the movie business—how much did you gross on the first weekend?  Oh, dear, not enough, out of print.  I don’t know, maybe it was always like that, and people just talked about books in more genteel language.  But one thing seems clear: Brash Books is filling a niche left open by the tenets of corporate publishing—which sends books out of print after about fifteen minutes of slack sales.  But then these guys, Lee and Joel, they’re writers themselves, and part of their publishing strategy is to treat their writers as they would like to be treated.  That’s among the reasons I’m pleased to be published by Brash Books.

The publishing moment I remember with unmitigated pleasure was that when the box of twenty-five brand-new books arrived and I cracked for the first time the objectification of my work (forget about the hopes, fears, and fantasies that have nothing to do with actual composition).  I’ve published eight books since that first box of twenty-five, and every time the new ones arrived, I’ve reminded myself to pause and dig that moment. 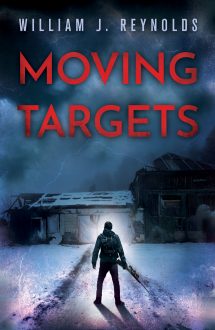