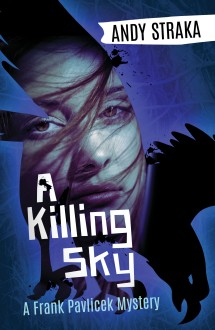 A Killing Sky by Andy Straka

The Anthony Award-nominated second novel in the Frank Pavlicek series.

Ex-cop and avid falconer Frank Pavlicek is hired by the daughter of a philandering Virginia Congressman to find her missing twin sister. Is her disappearance related to her disintegrating relationship with her boyfriend? Or is it somehow connected to her ambitious father’s re-election campaign, a tawdry sex scandal, and a hit-and-run accident that happened twenty years ago? Pavlicek’s investigation unearths long-buried secrets that someone would like to keep six feet under…along with the PI’s corpse.


Reviews For A Killing Sky

Andy Straka has learned something about writing from falconry. His storytelling is as sharp and strong as talons, and once he's got you in his grip, he never lets go. A KILLING SKY is sure to confirm his status as one of the rising stars of the mystery genre