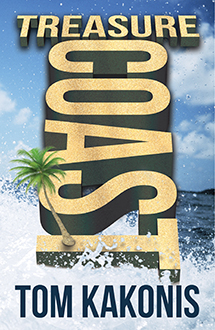 Many years ago my older sister was diagnosed with a virulent strain of cancer. Astonishingly, she survived that wicked malady almost twenty years before it eventually caught up to her. The final days of her life were spent in a Mayo Clinic hospital bed, and though we had never been close we shared many childhood memories, and so I spent many of those last days in a bumbling attempt to comfort her. During that deathwatch I must have absorbed some of the oppressive ambience of the hospital, its acrid odors, perpetual noisy bustle, occasional poignant sights, for many years after that, after my sister was long gone, when I sat down to write what would become Treasure Coast, those sensory images surfaced to form the core of the opening scene: A central character (hardly a hero) in a similar deathwatch over an expiring sister.

For me, in that vaporous dream we call reality, there had been no vapid nephew caught in a web of trouble, and no departing promise had been exacted of me. But the completed fictional scene, for all its brevity, sparked the onset of a narrative, for I had a couple of characters, uncle and nephew, and I had a setting in place, West Palm Beach, Florida, and with the addition of a then murky female character (for what’s a tale without a touch of romance) I had the nucleus of a story, and I was off and running.

But where? In what direction? For answers to those two crucial questions I had, in the beginning, not the slightest idea. Some writers are lucky enough to have a complete story line in mind when they commence with a project as formidable as a novel. I envy them. Treasure Coast, like all my previous books, is character-driven, and until I had a fairly clear picture of the characters in mind, I had no notion of how the plot would unfold. At the serious risk of pomposity, allow me to say that all those books were a kind of, for me, fascinating journey taking me wherever the nuances of the several characters led.

So what did I have? Those three neutral figures, moderately sympathetic, but certainly not in any heroic mold. So what did I need? Why, villains, of course. But what sort of villains, and what kind of villainy? Gathering dust on a shelf amidst a number of other unpublished short stories was one featuring a con man named Bryce Bott. Since he seemed to fit the pattern of the still nebulous story slowly beginning to evolve, I shamelessly resurrected him and paired him with an equally shifty, if considerably less eloquent, confederate named Waneta Pease. Together they make an odd couple whose constant bickering and scheming supply some occasional comic relief. Or so I like to believe.

I soon discovered Bryce and Waneta were not depraved enough to carry the full weight of villainy, so enter Junior Biggs and his sidekick, Hector Pasadena. Junior is a composite of a number of inmates I encountered during a stint as a teacher at Stateville Prison, Joliet, Illinois. Hector just materialized for me out of my still fertile imagination. Unlike Bryce and Waneta, these two are sinister, brutal, and bigoted. Their dialogues, while potentially offensive to some readers, reveal the casual violence of their respective worlds, and help set the stage for the grim climax.

With the addition of a couple more minor characters, I had what seemed to me an ensemble cast, with no clear heroes and, apart from possibly Junior, no utterly unregenerate villains. Now it was just a matter of setting them loose, letting them follow their disparate passions, greed, lusts, and surprisingly recognizable human traits. The result was Treasure Coast, which, of all my books, came most easily and seemed almost to write itself.

Tom Kakonis has been hailed by critics nationwide as the heir-apparent to Elmore Leonard… and for good reason. His stunning thrillers Treasure Coast, Michigan Roll, and Criss Cross, among others, blend dark humor with gritty storytelling for compelling, and innovative crime noir capers packed with unique, sharply drawn characters and shocking twists 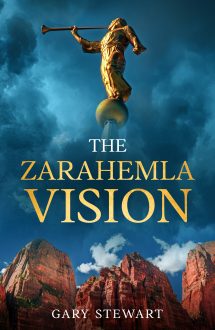