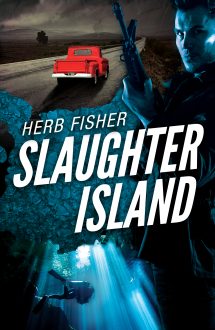 The third book in the incredible 1980s action series.

Ex-Green Beret Kyle Youngblood is a man who lost everything and everyone that he loved…dooming him to a violent, brutal quest for retribution that hasn’t ended, despite all the destruction and death that he’s left in his wake. The crippled crime lord behind his misery is still out there, safe on his fortress island off the coast of Mexico, where he’s protected by corrupt cops and a hundred mercenaries. But not for long. Youngblood is coming for him, financing his attack with the fortune in mob money he found hidden in Cuba. The sweet irony isn’t lost on the man they called Doctor Death in Vietnam, a skilled killer who won’t stop until the family he lost is truly, and finally, avenged.

Herb Fisher gets everything right with Doctor Death.