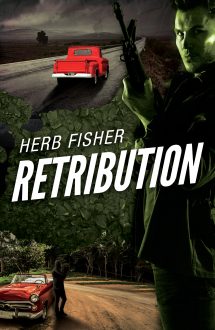 The second novel in the hard-charging 1980s vigilante series Doctor Death. First the mob took Kyle Youngblood’s freedom. Then they took his family. Now he’s getting retribution… using the lethal skills he honed as a Green Beret in Vietnam.

The mob hitmen thought that killing Kyle Youngblood would be easy, that he was just another hick rancher. They were wrong. They arrived in designer suits… and they left in body bags. But their killings, done in self-defense were used against Youngblood in a crooked trial that sent him to prison. For years, he rotted in a cage, unable to save his wife and children from the mob executioners. Now he’s free…and on a relentless quest for vengeance that takes him Nevada to Cuba, from the beaches of South Florida to the heart of darkness within his own soul. Nothing will stop him until he tastes the blood of final retribution.

“Herb Fisher gets everything right with Doctor Death.” Paperback Warrior