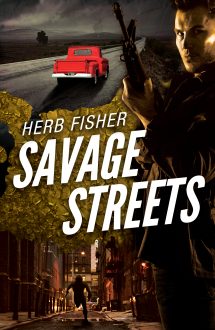 They call him Doctor Death…bringing the fury of ‘Nam to the crime-ridden streets of New York in the fourth book in the incredible 1980s action series.

Ex-Green Beret Kyle Youngblood is trying to heal his body and his soul on a horse ranch in Florida after his unspeakable, personal losses and the bloody, brutal revenge he waged on the mob to make things right… first on his family’s land in rural Nevada, and the crimelord’s island fortress off the coast of Mexico. The score is setled now. Youngblood took their lives and their fortune for what they did, but he remains haunted by regret and heart-break. But then a woman from his past returns. Her daughter has been kidnapped by drug dealers in New York who’ve already killed the two private eyes she’s sent to rescue her. Now the woman is turning to Youngblood for help. So he takes his vigilante war to New York…where mob kingpins carve up the profits from the dope trade and crazed crack-heads carve up the innocent people. Youngblood is going to change that. Or die trying.

Herb Fisher gets everything right with Doctor Death.