The Washington Post ran a terrific piece today about our reissues of Barbara Neely’s ground-breaking “Blanche White” mystery novels. The series explores race, culture, politics and sexism through the prism of a compelling, entertaining, and highly-original crime story. These books are prime examples of our dedication to publishing “the best crime novels in existence.” The article includes interviews with Barbara and Brash Books co-founder Joel Goldman. Here’s an excerpt:

Before “The Help” there was Blanche White, an African American housekeeper with a knack for getting tangled up in murder mysteries.

Yet as fascinating as the character Blanche White is, the story of Barbara Neely, the author behind the books, is even more so. She’s worked as an activist and radio talk-show host and producer, designed a women’s corrections system and written a play she hopes to expand and have produced. Plus she’s earned two master’s degrees — the first in urban planning and the second in creative writing.

Neely’s the kind of person who explains, when talking about her career taking yet another turn, “I wanted to find out how to do what I didn’t know how to do.”

Her ground-breaking mystery series premiered in 1992 with “Blanche on the Lam.” It won three of the four major mystery awards that year for best first novel: The Agatha, the Anthony and the Macavity. Three more books followed, but all are now out of print.

Until Brash Books, founded by bestselling authors Lee Goldberg and Joel Goldman, with the goal of publishing “the best crime novels in existence,” reissued Neely’s first novel as an e-book last year. The second book in the series will be released in February.

“Neely blazed a trail for other women and minority crime novelists,” Goldman said. “She gives a voice to a character who was previously invisible.”

Be sure to check out the article for an interview with Barbara and more fascinating background on her and the books. 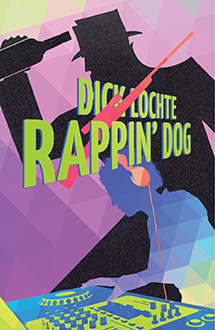