Home » Blog » How to Write a Murder Mystery 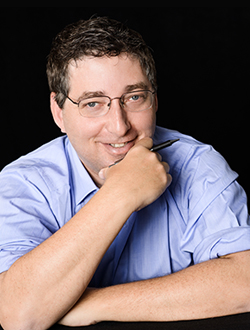 Writing murder mysteries is, by far, the hardest writing I’ve ever had to do. It’s not enough just to tell a good story, you also have to come up with a challenging puzzle. It’s twice as much work for the same money.

There is no right way to devise a murder mystery. Every author has his own approach, one that’s every bit as unique as his literary voice. For me, it never starts with the murder. It always begins with the detective, especially if the story I am setting out to tell is part of an ongoing series.

The idea for the mystery will arise from the personality of the hero, and what aspects of his character I want to explore, what arena (a place, industry, sport, culture, etc.) I want to put him in, and finally what kind of conflict I think will best bring all of those aspects together and give me a narrative engine for my story.

Once I have that, then the broad strokes of the murder will come quite easily, because it’s an organic part of the story, one that serves to create conflict and reveal character, rather than just a clever device, a really cool idea for a murder, in search of a story to put it into. Often at this point I will discover the story’s thematic through-line—what the story is actually about—that will be in every scene and expressed, in some way, in action or dialogue or attitude, by every character.

Now I can get into the nuts and bolts of figuring out the clues, and how the hero will discover them. This isn’t as hard as it sounds, either, because the clues will also be organic to the story, and because of that, they won’t just lead us to the killer, they will also stoke the conflict, illuminate the theme, and open up our arena. The clues will reveal themselves to you. Trust me on this.

So let’s go back and start at the beginning. With the detective.

If the character is, say, Adrian Monk, I start by asking myself what new aspect of his personality, his obsessive/compulsive disorder, and his relationships with others, can I explore this time? What situation can I put him in that he hasn’t been in before?

Those questions inevitably lead me to the arena, the world in which our story will take place. A UFO convention. A murder in a police precinct. A road-trip in a motorhome. But an arena is not necessarily a place. It can also be a situation, like the rivalry between mother and daughter for the love of the same man. Or how people cope with unexpected, and devastating financial hardship. Or how having a child changes relationships. The arena can also be a sport. The world of horse racing. The world of stamp collecting.

You get the idea.

The arena can be anything. It’s the setting, the backdrop, the context that allows you to reveal your hero to the reader in entertaining and compelling ways.

Once I have the arena, I start thinking about the other characters besides the detective. Who are the people the story will be about? What makes them interesting? What goals do they have, and how do they conflict with the other characters? And how do those goals create obstacles for the hero? How do these people help us understand the arena?

And then I ask myself the big questions—who gets murdered, how is he or she killed, and why? Is it an “open” or “closed” mystery?

If you are writing a series, the question of whether the murder is “open,” meaning the reader knows whodunit from the start, or whether it is “closed,” meaning the reader finds out who the killer is at the same time that the hero does, is dictated by the series concept.

An open mystery works when both the murderer, and the reader, think the perfect crime has been committed. The pleasure is watching the detective unravel the crime and finding the flaws you didn’t see.

A closed mystery works when the murder seems impossible to solve, and the clues that are found don’t seem to point to any one person, but the hero sees the connection you don’t and unmasks the killer with it.

Once I figure out whom to kill, and how, and of course why, then I start asking myself what the killer did wrong, or what he overlooked, that will lead to his undoing. I need a number of clues, some red-herrings that point to other suspects, and some that point right to the murderer.

A murder mystery is a manipulation of information, a game that’s played on the reader. Once I have the rigid frame of the puzzle, I have to hide the puzzle so the readers aren’t aware that they are being manipulated. It’s less about concealment than it is about distraction. If I do it right, the readers are so caught up in the conflict and drama of the story, they aren’t aware that they are being constantly misdirected.

The difficulty, the sheer, agonizing torture, of writing a murder mystery is telling a good story while, at the same time, constructing a challenging puzzle. The story is far more important than the puzzle—the book should be driven by character conflict, not the need to reveal clues. The revelations should come naturally out of character, because people read books to see interesting people in interesting situations . . . not to solve puzzles. A mystery without the character and story isn’t very entertaining.

The hardest clue is the finish clue, or as I call it, the “Ah, ha!” the little shred of evidence that allows the hero to solve the crime—but still leaves the reader in the dark.

The finish clue is the hardest part of writing any mystery for me because it has to be something obscure enough that it won’t make it obvious who the killer is to everybody, but definitive enough that the reader will be satisfied when the hero nails the murderer with it.

In my experience, the best “Ah-ha!” clues come from character, not from mere forensics. For instance, a character solution is having the hero discover that Aunt Mildred is the murderer because she’s such a clean freak, she couldn’t resist doing the dishes after killing her nephew. That’s so much more satisfying than a forensic solution, like finding Aunt Mildred’s finger print, or catching her on a security camera, or anything else that doesn’t require the detective to be clever and make some surprising deductions. I never realized this, but I’ve certainly felt it.

In a true whodunit, the reader enjoys the game as long as you play fair. That means that all of the clues, including the “Ah, ha!,” have to be shared with the reader at the same time that the hero finds them.

If you have the hero get the vital information “off screen,” between chapters, the story is a lot easier to plot. But when the mystery is tight, and the reader is fairly and honestly fooled, that feeling is so sweet and so satisfying for the reader, that it makes all the hours of painful plotting worthwhile.

So make the effort. Don’t withhold clues. Give the reader every opportunity that the hero has to make all the pieces fit together.

Obviously, you want to distract, trick, and manipulate the readers and make it as hard as possible for them to solve the crime, but you can do that without keeping important information from them. You just have to be artful about turning their attention away from it, to get them to focus on the wrong things.

As the author, you have a real advantage. You are the control voice in The Outer Limits. You control point-of-view, in essence the camera through which the reader is seeing and interpreting the world. For instance, if in your story the detectives are focusing on what’s in the room where a murder took place, talking about each item in detail, tracing the history of each piece, that’s what the reader will be thinking about, too, and not the real clue that you are distracting them from: what’s not in the room.

But don’t worry that some of your readers might solve the crime before your hero does. Because if you’ve created a difficult and challenging puzzle, they won’t feel cheated. On the contrary, they will feel very smart and pleased with themselves that they solved it.

And they should. Because you’ve written a terrific mystery. 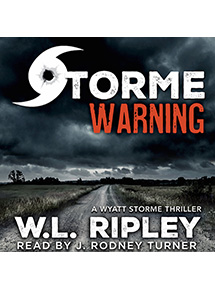