Home » Blog » Writing Noir & Crime Fiction: It's All In The Voice 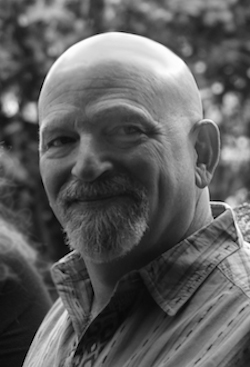 I write noir.  To me, noir is all about voice.  A lot of noir writers go to great lengths to imitate the voices of the greats.  I have neither the memory, the critical analysis skills, nor the patience to do that. So my voice is, by default, my own.  I consider my work neo-noir because it adds a certain psychological and emotional realism and depth that the classics lack but today’s readers have come to expect.

I wrote my first novel, Go Down Hard, and am writing my novel-in-progress in first-person present tense, which gives the work a feeling of urgency.  My novella and the short story that spawned it, Dead End (which was just nominated for an Anthony Award), are in third-person past but because my voice is attuned to the immediacy of my novels, I strive to capture that same drive without the leg up that the first-person present narration provides.

I’ve been a professional writer for forty years.  During that time, I wrote for newspapers or magazines or co-authored nonfiction books or wrote for film and TV.  I was a gunslinger with a pen.  In other words, after the first draft, my creative output was at the mercy of the dictates of editors, producers and network or studio executives, no matter how destructive their input.  Though I still do some screenwriting, which is ultimately a collaborative medium, my joy these days is in writing crime fiction, not only because it’s what I love to read, but because I have to answer to no one.

Writing crime prose marks the first time in my career that I’ve been able to let loose and write for the sole purpose of entertaining myself.  It’s an exquisite freedom.  I hope to slowly build a loyal audience, but no longer feel the need to tailor my writing to the audience in order to succeed.  I guess you could call my crime writing “active retirement” in a way, because very few of us actually make a living at it.  But my writing career until now has given me enough of a cushion to allow me to give this a shot.

Because I was a writer-for-hire for most of my career, I usually had to begin any project with a proposal.  In TV or film, I was required to write outlines (treatments) before being paid to write a script.  So I’ve always associated outlining with work, not play.  And I never found it to be a particularly pleasant process.  Partly as  a reaction to that, I became a seat-of-the-pantser in my crime fiction.

Being a creature of habit, I began writing my first novel with an outline.  But as I wrote, I felt like I was painting by the numbers.  How could I outline a plot before I knew my characters?  And how could I know my characters before I put them in a situation and let them show me who they are?  So I threw away the outline and got to know my characters as I wrote them.  This process lends itself to many more surprises, which I love.  Writing becomes less of a decorative process and more of an exploratory one.  In Go Down Hard, I didn’t even know who the murderer was until I started the last chapter.  Among other things, seat of the pantsing makes it impossible to commit the mortal sin of telegraphing your ending.  Not that I don’t foreshadow or lay in clues, but much of that happens in retrospect after the characters have displayed their true colors.

I’m continually circling back to fill in missing motivations, backstory or psychology as I write.  By the time I’m finished with a first draft, parts of the first half of the book will probably have been rewritten ten or twenty times, while later chapters only a few times.  It’s a terribly inefficient, time-intensive method, but it makes the process fun, which keeps my butt in the chair.  And as I’m always telling aspiring authors, gluing your ass to the chair is what separates writers from wannabes.

Craig Faustus Buck is an L.A.-based journalist, nonfiction book author, TV writer-producer, screenwriter, short-story writer and novelist.   His first noir mystery novel, Go Down Hard, will be published by Brash in May 2015.  His indie feature, Smuggling for Gandhi, is currently in preproduction.  His novella, Psycho Logic was published May 1 by Stark Raving Group and his short story, Dead End, the novella’s prequel, is a current Anthony Award nominee. 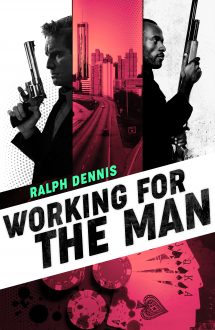