Quick:  What kind of book comes to mind when you think of this author? 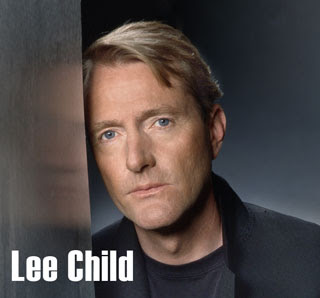 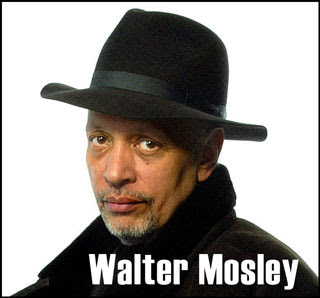 Chances are, your answer to my first question was something along the lines of “a fast-paced standalone thriller featuring an ex-military policeman named Reacher.”

And your answer to my second question was, in so many words, “an eloquently written mystery featuring a diverse cast of African-American characters in an urban setting.”

How can I be so sure of this?

Because these authors have built a brand for themselves.  Their body of work demonstrates a consistency of subject matter and perspective that readers have learned over the years to recognize as their purview.  Granted, Mosley has ventured outside of his Easy Rawlins/Leonid McGill box on a number of occasions, with mixed results, but for the most part he is defined by those series and the specific type of material they represent.

Is this a good thing?  To have readers believe they know precisely what kind of fiction you write, and will continue to write in the future?

I believe it is.

Readers don’t like to guess what an author’s next book will be like, they want to have a reasonable expectation about it, and if you give them what they enjoy reading consistently, they’ll keep coming back for more.  Seeing you go off on a tangent contrary to their expectations can often disappoint, and not every disappointed reader re-ups as a member of the fan club once you’ve let them down.

The down side to establishing a static brand for readers to latch onto, of course, is that “box” I just placed Walter Mosley in.  No author really wants to think they’re confined to one.  The freedom to take your work in whatever direction your interests might demand, to write what you want to write, when you want to write it, is every author’s dream, as is a reputation for versatility.  Successful or otherwise, nobody wants to be looked upon as a one-trick pony.  That kind of pigeon-holing limits not only your creativity, but the scope of material publishers are willing to pay you to write.

Still, an author has to know his natural limitations, and not allow his creative wanderlust (or his ego) to take him places he is ill-equipped to go.  What we write at the start of our careers tends to be where our true passions lie, and I believe the time to stretch out and move beyond that material is only after we’ve both demonstrated a mastery of it and developed a sizable following for it.   Expanding one’s repertoire sooner than that could be premature, and throw readers and publishers alike a curve just when they are beginning to think they know — and can appreciate — what you do.

Ironically, all this is coming from someone who has failed to take the very advice I’m offering.  Since my first published novel in 1988, I’ve written and sold eleven more, and all twelve cover no less than four mystery/crime fiction sub-genres: hardboiled mystery (my Aaron Gunner series); comic cozy (the Joe and Dottie Loudermilk series); serio-comic, standalone crime (Man Eater and Firecracker); and standalone thriller (CEMETERY ROAD and my latest, ASSUME NOTHING).  With the exception of my six Gunners and CEMETERY ROAD, which all feature an African-American protagonist seeking to solve one murder or another in present-day Central Los Angeles, there is little to connect one sub-set of my canon with another.  In fact, anyone reading a Joe and Dottie Loudermilk mystery, for instance, would be hard pressed to recognize me as the same author of either of my Ray Shannons.  The voice I use in each sub-genre is that different.

So why have I taken such a scattershot approach to my writing?

Because it’s been fun.  Changing gears on a whim, or as an anecdote to boredom, has been incredibly entertaining.  And on rare occasions, profitable.  But profit and entertainment are only part of the story, I’m afraid.  There’s also another reason for all the genre-hopping to which, quite frankly, I’m a little ashamed to admit: I’ve been greedy.  No mere cross-section of the crime fiction audience was enough for me; I’ve always wanted the entire pie, the whole enchilada.

Can you say “pompous ass”?

And not a very smart pompous ass, either, because I don’t think I did myself any favors by jumping the Aaron Gunner ship for the Loudermilks’ Airstream trailer when I did.  In my defense, St. Martin’s, who was publishing me at the time, gave up on the series after three books, so a re-evaluation of my fourth book and beyond certainly seemed to be in order.  But I made the decision to change my game without really exploring the possibility of selling the Gunners elsewhere, and it may be that in doing so, I disrupted the momentum of the series unnecessarily.

Even more to the point of this blog post, I may have also left the readership I’d grown to that point to wonder who the real Gar Anthony Haywood was: a hardboiled crime novelist in the tradition of Raymond Chandler, or a funny, family-friendly writer of G-rated cozies?

It’s a question, I fear, many readers are still trying to answer.

Might I be a household name now had I published five or six Gunners in a row rather than take a three year hiatus after Gunner #3 to write my two Loudermilk novels?  Probably not.  But maybe I would be.  Who knows?  Maybe sticking with the Gunners for a more extended period of time would have better established my brand, and drawn more readers to it.

Nobody wants to be predictable, especially where romance is concerned.  But for an author, it’s not such a bad thing.

Questions for the Class: Authors, have you firmly established your brand by writing books that fit within the same basic framework every time out, or have you branched out to do other things?  Readers, what’s your reaction to favorite authors who split their time between writing what you love and writing what you don’t? 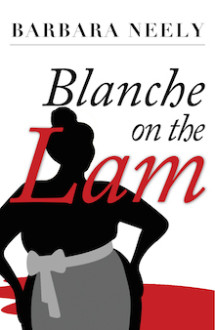