Home » Blog » The Mystery of A.W. Mykel and THE WINDCHIME LEGACY 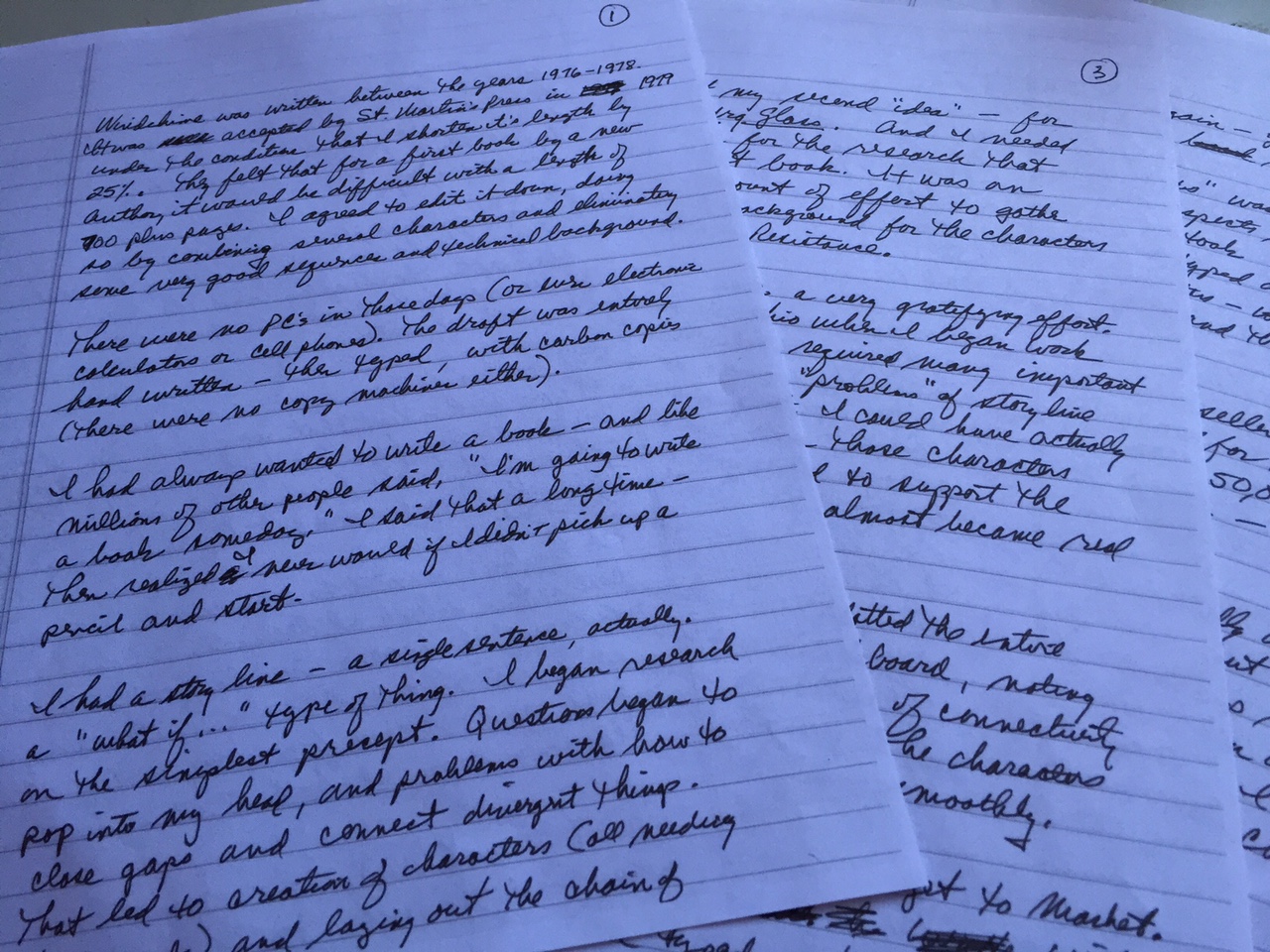 In 1980, the mysterious A.W. Mykel came out of nowhere with the brilliantly inventive espionage thriller The Windchime Legacy. It became an overnight, international bestseller…astonishing readers with its daringly imaginative plot, larger-than-life characters, and outstanding action…becoming one of the most entertaining and beloved spy novels of the century. Mykel wrote two more bestsellers…The Salamandra Glass and The Luxus Conspiracy…and then disappeared as suddenly as he’d appeared. Until Now. We received this blog post as a handwritten note from Mykel’s attorney…

The Windchime Legacy was written between the years 1976-1978. There were no personal computers in those days (nor were there electronic calculators or cell phones). The draft as entirely hand-written — then typed with carbon copies (there were no copy machines either).

I had always wanted to write a book — and like millions of other people, said “I’m going to write a book some day.” I said that for a long time — then realized I never would if I didn’t pick up a pen and start.

I had a storyline — a single sentence, actually — a “what if?” thing. I charted the entire story line on a huge blackboard, built dossiers on every character so that I could know them and their personalities. Then I began drafting. I was very disciplined in my work — never giving thought to actually selling it. That came after the drafting and rewriting. I learned that I was an okay writer but a great rewriter.

The book was accepted by St. Martin’s Press in 1979 under the condition that I shorten its length by 25%. They felt that for a first book by a new author, it would be difficult with a length of 700+ pages. I agreed to edit it down, doing so by combining several characters and eliminating some very good sequences and technical background. 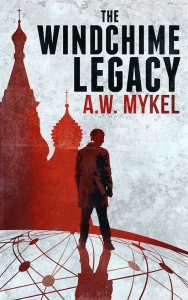 The book’s immediate success was a surprise. It was compared to Robert Ludlum, whom I had never read. St. Martin’s wanted to sign me to a five book contract, which I declined. I had a successful career in the food industry as a scientist and in sales. The money was good and income from my writing uncertain. And I wasn’t sure I had five stories in me.

As it turned out, the money from The Windchime Legacy was good enough to support me by the time I got my second idea for The Salamandra Glass (coming in 2016 from Brash Books). And I needed to work on it full-time for the research that went into the book.  The Salamandra Glass took three years to get to market. Again, it was hand-written, re-written, then typed on the same typewriters as Windchime.

The Salamandra Glass met with even greater success, especially with foreign rights sales. The main difference was that I no longer had very good income from a job to support me — and the money from my writing came in slow and not always in a timely fashion. So, I went back to work in the food industry.

Success in my working career was rapid and very rewarding for me. But it was also demanding of my time. I became a corporate executive with a great deal of responsibility and success. Time became an issue for me to do both the career and the writing. I chose the career, as it had steady and strong income to support my growing family. But the itch came back to write came back about four years later as the story line for The Luxus Conspiracy began to roll around in my head.

The storyline was too strong to ignore… and I began the research and story charting again. Yes, on the same blackboard.  It took three years to complete (this time typed on one of the first laptop computer — about 40 pounds worth of metal and the size of a small suitcase).

The Luxus Conspiracy was on the bestseller lists the weekend it was introduced for sale. St Martin’s started with 50,000 copies — all sold the first week — and then they stopped there. They never printed more. I made up my mind never to write for them again — and I never wrote again. I poured my time and effort into my career, and that’s where it stayed.

Am I sorry? Sometimes, but the career gave me the challenges and success I needed at the time. Some years later, I started my own consulting company — it took a great effort and the work product developed would be the equivalent of several novels. It led me to becoming a consultant to the U.S. Navy — which kept me very busy with important work.

I do have a storyline for a civil war novel — and have done a good bit of research on it. But I don’t know if I will write it. I’m not sure I have what it takes any more. I’m not sure how long it would take to get it back or even if I could get it back.  We’ll have to see if I pick up the pencil again. The old typewriter is gone…but I have a laptop. 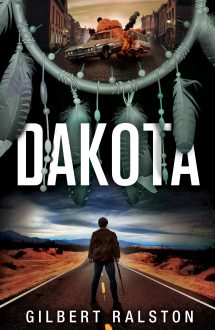