Home » Books » A Witness Above 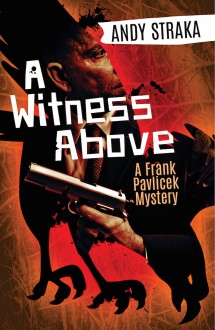 A Witness Above by Andy Straka

Thirteen years ago, NYPD Detective, Frank Pavlicek quit the force after a controversial shoot-out that left an unarmed African-American teenager dead. The divorced father of a teenage daughter, Pavlicek now works as a private investigator and hunts with a trained falcon. While hunting, he discovers the corpse of a black, teenage drug dealer with ties to his daughter. Unable to ignore the connections to his family or the shooting that cost his career, he goes after the killer to find the truth, save his daughter …and free himself from the shackles of his past.

The first novel in the blockbuster Frank Pavlicek series. An Anthony, Shamus, and Agatha Award nominee.


Reviews For A Witness Above

Pavlicek is a breath of fresh air in the field of private eye fiction.

Storytelling as sharp and strong as talons

Aside from good writing, an interesting plot, and the unusual aspect of the falconry, it's nice to see someone come along with a new P.I. who is not drowning in wisecracks. Andy Straka has managed to avoid the more obvious cliches of the genre while continuing to pay, homage to the conventions of it. Straka should be proud.

A book this good, and this original, helps remind me why started reading mysteries in the fist place

Straka’s impressive prose style is literate and direct, yet relaxed and unhurried...Crime fiction fans seeking something a little different from the usual – and discovering a unique and distinctive voice along the way – should be grateful to have the Frank Pavlicek series