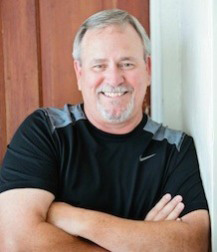 W.L. Ripley is the author of two critically-acclaimed series of crime novels — four books featuring ex-professional football player Wyatt Storme and four books about ex-Secret Service agent Cole Springer. His latest novel is  Storme Warning.  Here he shares the rules of writing that have guided him through those eight novels.

First, forget most of what your English teacher told you about creative writing.

This one gets a rise and a few giggles when I address a roomful of teachers. It is, of course, meant to get their attention – and at the same time make a point. Your High School English teacher serves a highly useful purpose by training you in proper usage and grammar and you must have command of the rules of grammar. However they sometimes (unwittingly) train students to be too “wordy” and too concerned with sentence structure. When writing the novel keep in mind that people seldom speak or think in complete, grammatically perfect English (see also: Mark Twain, Ernest Hemmingway and Elmore Leonard to learn how to properly write like people speak and think).

Now, there are English teachers/professors who give excellent instruction in these areas and many understand literature and love it. Bear in mind, English teachers are often not published authors and do not understand the writing task as it relates to writing a publishable novel.

One of the most pathetic things I see in our universities and colleges is educators teaching “Creative Writing” who have never been published and never will. Even worse is the teacher who has only published a poem in an anthology of poetry (usually paying to do so). It is not that these people cannot provide some insight into the printed word; the problem is that the novel writing task and the obstacle course to get published is far more difficult than they realize. You can only understand it if you have been through it.

Sorry, that’s the truth. Either embrace it or continue to be frustrated.

If James Lee Burke or Stephen King were teaching a creative writing course I would enroll. If the course is conducted by Dr. Longschooled, PHD in Medieval English, I would avoid it unless I was writing a historical novel set in Medieval England.

If you cannot accept objective criticism or even undue criticism you will not succeed in this business. And, it is a business. You will receive criticism from your editor, your literary agent, and especially from reviewers/critics. It is an essential part of this endeavor and there is no way around it. I have received criticism from editors and my agent that have made my work better. I have likewise received criticism that I ignored. I have learned to glean the good criticism from personal tastes. They are not always mutually inclusive, nor are they always mutually exclusive. Pay attention to your critics and the people in the industry you work with. It pays off.

For the thin-skinned, whiney or the ridiculous beginning writer “standing upon principle” who won’t rewrite or accept objective criticism from an informed, experienced source? Expect a frustrating career of near-misses and failure.

Write something you yourself would read. If you don’t care about it no one else will, either.

Be interesting. Do not bore the reader, the editor or your agent. Every sentence, every paragraph, every page and every chapter must sparkle. This is the hard part for any writer. I have thrown out enough pages and words to make four or five books. If it doesn’t work, no matter how great you think it is, get rid of it. 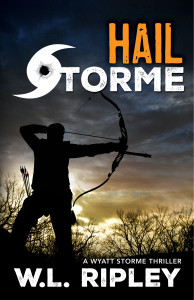 Don’t write a thinly-veiled novel about yourself.

If you were that interesting, People magazine and the National Enquirer would have already written about you. I have had people tell me they want to do this. Good luck. Worse, I’ve had people want me to write a book about their life. My writing time is too precious for such a futile exercise.

Hunt down and kill all modifiers (adjectives and adverbs).

Overuse of adjectives and adverbs are the province of the hack writer who is unable to write a electrifying story. There will be some you may keep, but only if they are active and necessary and most of the time they are not.

This is a cliché’ but it is the truth. Readers want to feel it, experience it, smell it and be there in the novel. They don’t want to hear about it second hand.

And, please don’t write like an “Author” with a capital “A”. Write in your own voice, with your own words. I can write something that sounds beautiful and literary and “Au-thor-like” but no one will publish it because it will sound phoney.

When you write something that sounds like you’re writing, get rid of it, because the reader will know you’re “writing” not telling the story.

Read in the genre you’re interested in writing. Read the classics. Read non-fiction. But do not write if you don’t read. Many people tell me that they’ve “always wanted to write a book” or “they have an idea for a book.” Well, I have written several books and as for ideas, I have hundreds of ideas – my problem is deciding which idea to choose and which book to write.

You have to study writers and novels. Really study structure, plot, character, tempo, etc. You can’t do it without reading great authors. You must read Writer’s Digest magazine, and books by published authors and study the markets. Do not go into the writing task without being prepared.

Be confident and love your craft.

If you want to be a writer, then be one. Don’t mince words and don’t “try”. “Do or do not”, said Yoda, and he is right. Tell yourself you’re an honest-to-god-sit-around-in-your-jeans-and-sip-coffee writer. Don’t be afraid to tell yourself you are a writer. That’s the first step for success. Have confidence in yourself and your talent. The writing task can be leaned by hard work, though talent is a pre-requisite.

Confidence will be gained by writing daily and studying your craft. John D. McDonald, the creator of the beloved Travis McGee series once said that unless you are willing to write a million words (that’s ten novel length books) without being published you will never be a writer. His meaning? You must go into this business deciding that you are going to keep at it until you are published.

When I started writing I decided I didn’t care if it took thirty years to get published I was going to do so. Fortunately, it didn’t take that long. It also didn’t happen overnight. I write because I love it and can’t imagine not doing this. Writers have no choice. They have to write.

This is where we separate the writers from the wannabes. Writers understand that their work has to sing and move the reader and to accomplish this the writer must re-write until there is nothing left to change – even if you have to re-write several times.

Write something and finish it. Then send it in

Don’t keep writing the same book for ten years unless you’re J.R. Tolkien. Writing “the end” is harder than you think. Then when you’ve done that start on your next novel.

Did I mention you need to read a lot?

Now, go forth and write. Every damn day. I don’t know any successful writer who doesn’t.

The first novel in Ripley’s Wyatt Storme series — Hail Storme — is being re-released by Brash Books on May 5th. 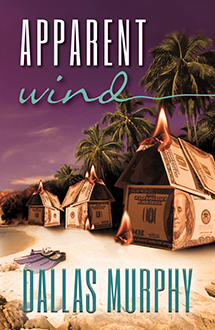