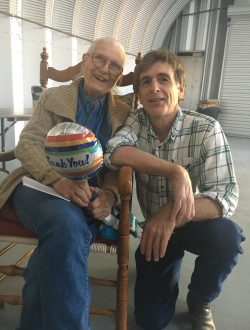 This past weekend was busy and way too much fun. I made two appearances to promote my novel, Double Wide, and both went extremely well. The first, on Saturday, was at Clues Unlimited, a well-known mystery bookshop in Tucson.

It has a certain charm, obvious as soon as you step inside and meet the store’s mascot, Bosco, a retired Greyhound racing dog. I had a couple of Milk Bones in my pocket. I have pooches of my own and usually carry treats. My wife, Teresa, thinks I’m nutso about dogs. Doesn’t everyone carry Milk Bones?

The store is cozy and we had a good crowd, so owner Chris Burke moved us next door into a church. Double Wide was excerpted in the Tucson Weekly — along with a few words on the novel’s origin — and that helped boost the crowd.

I spoke for 20 minutes, mostly told the truth, didn’t summon any lightning bolts, chatted with folks, and signed a passel of books.

Next morning, Teresa and I drove to the Singing Wind Bookshop in Benson, about 45 miles from Tucson. The store is located on a cattle ranch under blue sky in mesquite country.

Owner Winn Bundy, 87, has been selling books out of her home for more than 40 years.

To kick off the event, which included four authors, she stood behind the microphone – Willa Cather ponytail, sun-beaten face, a cane for support — and riled the crowd: “You better buy these books or I’ll come out there and rastle you to the ground!”

Winn served good chili, coffee and cookies, and as each author spoke, we could hear donkeys braying in the background.

Chris at Clues has a donkey, too. When she heard I was headed to the Singing Wind, she said, “You might be the first writer in history whose first two signings take place at a store where the owners have donkeys.”

Winn and I go back a long way. She is the queen of Southwest books. I concluded my brief talk with a tribute to her that consisted of reading a few paragraphs from a story I wrote about the Singing Wind for the Boston Globe, in April of 1996.

In the piece, I described how a bobcat had recently visited the bookstore and attacked Winn’s house cat, Captain Midnight, tearing off the poor critter’s tail and opening up his whole side. Winn saved her beloved Captain by racing outside and hurling rocks at the bobcat to chase it away.

That’s a weekend for you – the true story of a daring rescue, braying donkeys, good folks and good books. Only in dear old Arizona. 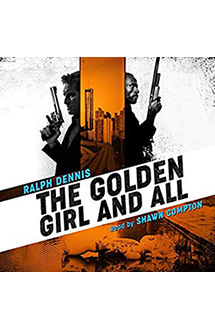