The editors of CrimeSpree Magazine had some terrific things to say about Brash Book in this month’s issue. Here’s what they said:

Lee Goldberg and Joel Goldman founded Brash Books and these guys have been around the business for a while and wow, do they have a great eye for what to publish. They are putting out books by damn fine authors and they are terrific looking books as well. Two recent books that crossed our desk are Jack Lynch‘s The Missing and the Dead and The Dead Never Forget. What I love about what Lee and Joel are doing is that in a climate where so many people just want to bitch and moan about publishing, these guys rolled up their sleeves and said ‘let’s do this the way we think it should be done.’ And who wins? Authors who have a publisher that gets it. And readers who now have a load of new books to add to their libraries.

On top of that, the November issue of Ellery Queen Mystery Magazine had some very nice praise for Brash Books, too. Here’s what they had to say:

A new publishing imprint, Brash Books, has some landmark titles in its initial list (each $15.99 trade paper, $4.99 ebook). Maxine O’Callaghan’s Death is Forever and Run from Nightmare are the first two novels about Delilah West, a realistic female private eye who was on the scene before Sue Grafton’s Kinsey Millhone, Sara Paretsky’s VI Warshawski, and even (counting short stories) Marcia Muller’s Sharon McCone. Dick Lochte’s Sleeping Dog introduced one of the great odd couple detecting teams: PI Leo Bloodworth and teenager Serendipity Dahlquist. It won a Nero Wolfe Award and was voted one of the 100 favorite novels of the 20th century by the Independent Mystery Booksellers Association.

We really appreciate the enthusiasm and support we’ve received from the crime writing community and we’ll do our best to live up to your expectations. 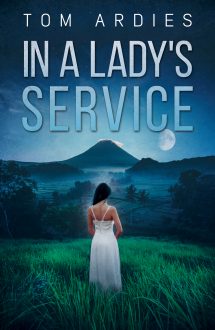