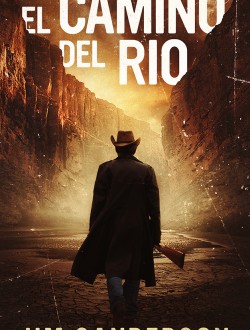 From a retrospect, we find that we might have been lucky enough to have lived in certain times and places that turn out to matter. I have two.

In the ‘70s I was trying to be a college student in San Marcos, just underneath Austin, when Willie and Waylon invaded and made the area the redneck hippie capitol of the world. I watched, listened, smelled, and felt. I went native. Eventually, I wrote several stories and a novel about that time and place.

For most of the next decade, I found myself watching, listening, smelling, and feeling an oil boom then bust in Odessa, Texas. A Texas and western history buff, I was living in a wild-west mining town: Deadwood, Denver, Helena, Virginia City. I went native. I wrote several stories and ultimately a novel about that time and place.

While I was in Odessa, I had to go to Big Bend. I went looking for human history, but I found geological time. There was far more human history back in my hometown, San Antonio. So I had to look for something other than history. On my first trip, during Thanksgiving, I made it as far south as the Davis Mountains. I saw snow on a cactus needle. Soon I made it farther south to the northern end of the Chihuahauan Desert. I was fascinated but scared. This geological time did not account for humans. It did not care for me. It was rough, mean, indifferent.

And the people whom I met, clinging to the area, were, as the cliché goes, buying illicit items, selling illicit items, working for the government to catch buyers or sellers, or hiding. It was what it always was: a rough, hot, brutal rest stop for traffickers. The locals had gone off the grid and weren’t going back. The desert baked their attitudes. Had I stayed longer, I might have gone native.

And it seemed to me that, in this setting, were some people like me, those just a little scared of going native, restricted by duty from going native, but attracted to the native never the less. In the Big Bend, and all across the Southwest, these people were border patrol agents.

So I started talking to them when I could find them. In the pre-9/11 world, after sitting alone for hours, watching for something, armed but marked as a target, these agents welcomed a little company, so they would talk to me. After I had moved away and got this novel in mind, I called the Marfa Sector headquarters and asked if I could visit. You would have thought I was James Michener. I got to spend a day at the sector headquarters and another with the Presidio Station Chief. I listened, felt, smelled, and tasted.

The result, El Camino Del Rio, won a contest for “rural Southwestern fiction.” My editor published it with “a mystery” under the title. I didn’t know what a mystery was. To me, the novel was about this isolated area and this guy who came into it and hoped to stay distinct from it but nevertheless was seduced, corrupted, and made by it.

The hero, Dolph Martinez, like the area, was full of borders, but those borders made him what he was. This border patrol agent wasn’t an American, wasn’t a Mexican, but the border. So the mystery is his story of the discovery of himself as peculiar to this environment and of those other characters who helped make him him. 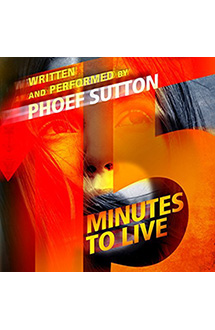