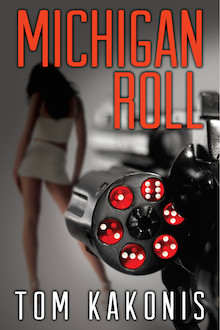 The day after Labor Day, 1986, I sat down at my desk in the cramped room I called, without a pinch of irony, my “study,” and faced one more time the terror of the blank page. More accurately, one last time, for with three and a half rejection-dusty manuscripts on a shelf behind me, I had pledged to myself this would be my final attempt at fiction writing. Another failure and I would settle in my dwindling years for the genteel poverty of the academician’s life, complete with a variety of harmless hobbies and arcane interests. After all—a 56 year old first novelist? Seemed preposterous, a bad joke.

Nevertheless, a promise is a promise, and so I set to work, and slowly, painfully, the germ of an idea began to emerge. What if, I asked myself, there was a former college professor, literary man with a touch of melancholia, Michigan/Florida resident (write what you know, right?), disgraced somehow, but getting by on a talent for card playing? And what if this same hapless fatalist were to vacation in Traverse City, Michigan, at the time the only venue in the state with legal gambling? Supposing, then, he falls, quite by wicked luck, into an alliance with an exotic female entangled in a dangerous world peopled by a cast of brutal, dangerous (if occasionally comic) thugs. What if?

Thusly was the Timothy Waverly character born. Little did I know he would come to occupy center stage in this novel (originally titled GOD’S TOY out of a quote by the character Chop but wisely re-titled on the sound premise that a book by an unknown so named might end up in the religion section, a decidedly inexact placement)and would re-appear in two more. At that point the notion of a serial character was furthest from my mind; difficult enough getting through one adventure for Waverly and his mentor Bennie. But when I got to the finish of the story I elected to leave it open-ended on the perfectly unreasonable hunch this book was going to find a publisher. And indeed it did. My then agent was the first to suggest a sequel, but by the time all negotiations and editing were complete I was already well into my second novel, CRISS CROSS. No place for a Waverly there. After the appearance of that novel I switched publishers and was fortunate enough to secure a two book contract, partly with the understanding the Waverly character would be revived. I had hoped to go on to other fictional projects, but who can quarrel with a two book deal?

So purely by chance did Waverly surface in what would become DOUBLE DOWN, a continuation of the MICHIGAN ROLL story, only set in south Florida. Developing the Waverly character in DOUBLE DOWN was not as difficult as I had imagined, for the introduction of figures from out of his past enabled me to expand upon his and Bennie’s backgrounds and also supplied the opportunity to introduce some poker table scenes.

By this time my Waverly character was becoming something like an old friend. But like so many long-term friendships, one comes to know the friend so well there are few if any surprises left. Such was the case for me after the completion of the third and last Waverly novel in this accidental mini-series, entitled SHADOW COUNTER. Now I felt ready to take my work in a somewhat different direction, and so the character I’d come to know so well was abandoned. Perhaps temporarily.

Would I have done things differently if I’d known there were to be two sequels? Probably not with DOUBLE DOWN. Maybe with SHADOW COUNTER, where there might have been more of a sense of termination, closure. Would I try to revive the Waverly character? Impossible to say. A great deal of time has elapsed since last we partnered, but it might be interesting to see if he’s aged any better than I. 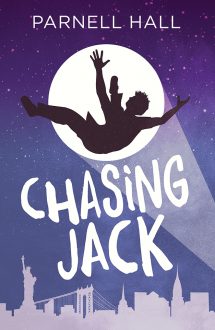 Two killers are leaving a trail of mutilated corpses across Manhattan... while hunting a mysterious man with a name so common, they may never run out of victims. They are pursued by a disgraced cop, dying of cancer and desperate for redemption. Caught in the middle, but unaware of it, are a tabloid reporter and the cast of a troubled Broadway play facing a terrifying battle for their lives.