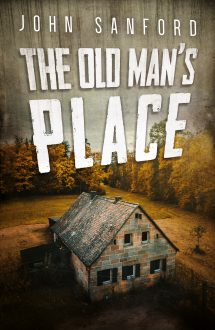 “Sanford is a supreme master at squeezing the last drop of terror and excitement out of a sordid, savage situation. The story sweeps along with an ugly force that will send sensitive souls in search of smelling salts.” Pittsburgh Post-Gazette

A trio of vicious World War One veterans descend on the farm in the Adirondack mountains where one of them grew up and his father now lives alone. They embark on happily wreaking drunken havoc at the old man’s place and in the nearby town. But when a naive, mail-order bride arrives, she ignites a tinderbox of resentment, lust, and betrayal among the men that explodes in brutal depravity, bloody violence and shocking death.

This hard-boiled, literary masterpiece, back in print for the first time in sixty years, includes a new introduction by Jack Mearns, author of John Sanford: An Annotated Bibliography

Previously published as The Hard Guys and filmed as the 1971 motion picture My Old Man’s Place.

Reviews For The Old Man’s Place

A robust tale of violence, lust, treachery, and murder.

A first-rate piece of swift-moving and dramatic story-telling.

Sanford, not to be confused with contemporary thriller writer John Sandford, was a writer of hard edged noirs that bristle with tension and the threat of violence, when that is unleashed it’s brutal and shocking. A
stark portrait of humanity at its lowest ebb and a menacing atmosphere pervades the novel. This is ice cold, easily as brutal as the best passages of Cain or Hemingway.