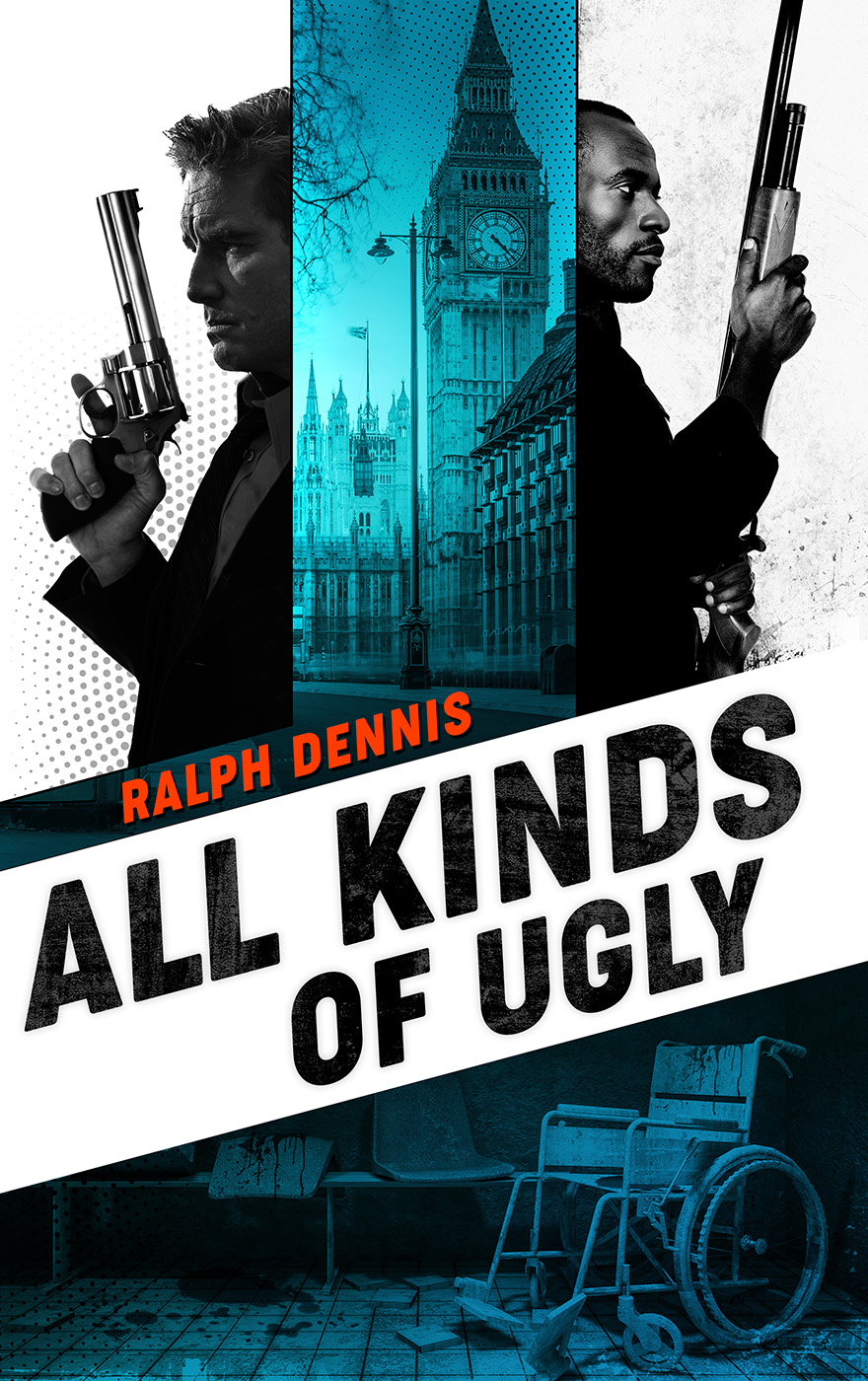 We have a bunch of hot new releases, scores of great reviews, and a lot of breaking news this month… so here we go.

ALL KINDS OF PRAISE

Our discovery and publication this month of Ralph Dennis’ lost manuscript ALL KINDS OF UGLY is big news in the publishing industry, making headlines in this week’s issue of Publishers Weekly, who reported that “the story behind the discovery of the manuscript by Brash copublisher Lee Goldberg could have been lifted from the pages of a detective novel….” You can read all about it here.

The critics at Publishers Weekly also loved ALL KINDS OF UGLY, saying in their review that Ralph’s “strong prose and well-paced storytelling place him alongside Ross MacDonald” while Mystery Scene magazine declared that Ralph was “a master of believable action and surprising heart, with characters who could dish out the tough guy banter with the best of them. ALL KINDS OF UGLY is a beauty, though; a pure distillation of grade A, hardboiled pulp that dares to reach for more.”

The book is also getting praise in the UK, where NB Magazine said, in part:

“The Hardman novels capture the city of Atlanta; its class divide, social structure, racial tensions and corruption—issues such as gentrification, old money and the criminal underbelly. ALL KINDS OF UGLY changes direction in unexpected and original ways several times, but most of all the femme fatale, Anna, is a complex take on the form, a fully rounded woman who makes the novel tick.” 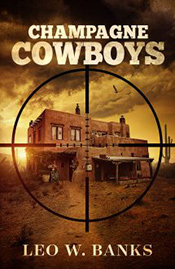 THE DOUBLE WIDE SEQUEL IS HERE

The release of Leo Banks’ CHAMPAGNE COWBOYS, the long-awaited sequel to the double Spur Award winning crime novel DOUBLE WIDE, is only days away!

CHAMPAGNE COWBOYS has already scored a covered *starred* review from Publishers Weekly, which raved: “The writing flows easily, the dialogue is peppered with wry observations, the plot tightly braids its seemingly disparate strands into a fascinating pattern, and the characters zing with life. This intelligent, pleasurable western noir will have readers longing for more.” 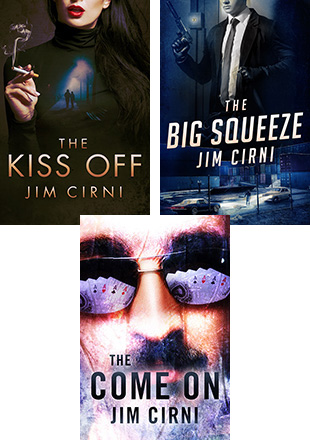 If you’re missing THE SOPRANOS, or loved THE GODFATHER, you’ve got to read Jim Cirni’s amazing, highly-acclaimed, trilogy of hardboiled and surprisingly funny, mob novels: THE KISS OFF, THE BIG SQUEEZE and THE COME ON.

In THE KISS OFF, praised by Publishers Weekly for “a gritty, insistent voice [that] grabs the reader from the first sentence in this superior suspense novel,” a bartender at a mob bar secretly witnesses a murder… and gets dragged by his wife into a outrageous scheme to blackmail the Godfather, a homicidal chocolate addict.

In THE COME ON, praised by the New York Times for the “spicy dialogue,” the owner of a Queens supper club popular with mobsters becomes the patsy in a gambling swindle that could spark an underworld war.

In THE BIG SQUEEZE, praised by Kirkus Reviews as “fast-paced, streetwise, and sharp as a garrote,” a low-level thug takes a bullet meant for the boss’ kid and ends up on the fast-track to becoming a made man…if he isn’t killed first in a mob war or by his girlfriend who wants him to go straight. 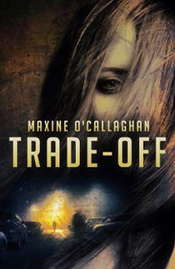 DELILAH WEST IS BACK

In this sizzler, Delilah West is hired to find a missing teenager, who may have witnessed the murder of her next-door neighbor and could be on the run from the killer… if she isn’t dead already.

We hope you enjoy these books. Until next time, stay Brash! 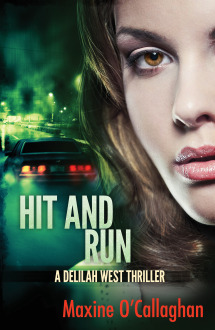