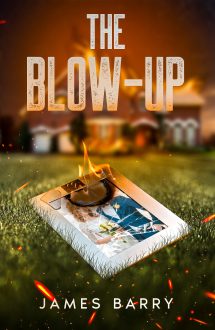 The Blow-Up – COMING IN JANUARY by James Barry

The lies that bind. A love that kills. A legal thriller that explodes.

Criminal defense attorney Caron Mooney’s life is blown apart when her Hampton’s home is destroyed in a gas explosion…and the naked bodies of her husband Jason and a woman identified as Emma Shipman are found in the smoking rubble. It’s obvious that Jason was having an affair, a revelation that only deepens Caron’s heartbreak and confusion. Evidence at the scene soon points to murder and to Emma’s spouse Neil as the killer. But Neil proclaims his innocence and Caron, who shares his sense of loss and betrayal, shocks everyone by agreeing to defend him. Her relentless investigation and courtroom brilliance exposes dark, sexual obsessions and long buried secrets, leading to an explosive twist and a stunning, final reckoning that changes everything.

James Barry is the pseudonym of a New York Times bestselling novelist writing with a bold new voice, but with the same breathtaking plotting and relentless suspense that made his previous books global hits and acclaimed Hollywood movies.

The Blow-Up – COMING IN JANUARY

Criminal defense attorney Caron Mooney's life is blown apart when her Hampton's home is destroyed in a gas explosion...and the naked bodies of her husband Jason and a woman identified as Emma Shipman are found in the smoking rubble.

Reviews For The Blow-Up – COMING IN JANUARY