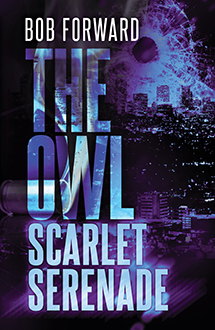 THE EXPLOSIVE SEQUEL TO “THE OWL”

It’s the mean-streets of L.A. in the mid-1980s. When The Owl rescues a young punk-rock starlet from being kidnapped, he considered it just a minor good deed with a few dead bodies left scattered around. But he soon discovers that she’s the target of a gangland conspiracy that has half of the city’s underworld after her. Now the only thing between her and certain death is The Owl.

It starts off over the top and builds from there. There’s action aplenty. The Owl absorbs more punishment than any two or three or four people in other novels

Exhilarating! A pure action high unlike anything I’ve ever read before. The Owl is a cross between Batman and The Terminator ... but he’s even more deadly and relentless