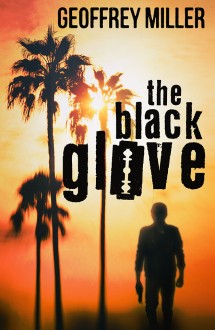 The Black Glove by Geoffrey Miller

Terry Traven is an L. A. private eye who modeled himself after Philip Marlowe and thrived in the 1960s, becoming a minor celebrity for his hardboiled style and his skill at tracking down runaways. But now it’s the 1980s, his minor fame has completely faded, and he’s barely making a living. So he jumps at the opportunity to find a wealthy, born-again industrialist’s missing son who has been dabbling in drugs and punk rock. It’s not just a chance to save the kid… but himself. Traven’s search leads him into a bizarre, cocaine-drizzled world populated by kidnappers, drug dealers, talent agents, greedy entrepreneurs, religious zealots and desperate killers.

Private eye Terry Traven is hired by a wealthy tycoon to find his missing, ne'er-do-well son... a unpredictable and unforgettable case that leads the detective into the dark heart of 1980s Los Angeles. You don't want to miss this Edgar Nominated debut novel that the Houston Post declared equaled the work of Hammett and Chandler.

Reviews For The Black Glove

Now a new generation of readers can discover and enjoy Miller’s considerable talent. Most impressive is Miller’s prose style. Alternating between cynical wisecracks and piercing emotional insight, Miller creates passages that you’ll want to immediately read again and that linger long after the paragraph or chapter’s conclusion

A hip, likable, subtly comic variation on the hard-boiled genre...Miller's semi-comic fix on the punk-drug subculture is often on-target, and the narration is fine and dry

The Black Glove is every bit as remarkable as the best film noirs of the 1940's.

In the best Marlowe tradition...the book is far too good to be forgotten