Home » Books » For the Dignified Dead 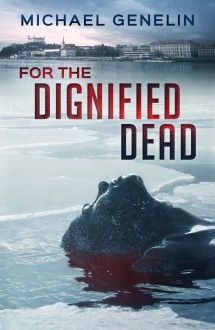 For the Dignified Dead by Michael Genelin

A woman’s body is pulled from the frozen Danube in Bratislava. Police Commander Jana Matinova recognizes the killer’s calling card. She had him in her grasp once before …and he slipped away. But not this time. Determined to end the bloody killing spree, Matinova’s investigation plunges her into the center of an international conspiracy involving hundreds of millions of dollars and turns the hunter into the hunted. Pursued by vicious assassins, Matinova charges across Europe in a relentless quest for the truth…and dignity for the dead.

Reviews For For the Dignified Dead

The chilly European setting is the perfect backdrop to very dark deeds, and Matinova is a clever and capable heroine who’s not afraid to buck the system to solve her cases. Those who like strong female characters and meticulously plotted procedurals will be rewarded.

The real appeal here is Jana, who steals the show. Watch her skill in interrogations as she manipulates liars into confessing. Cheer her on as she maneuvers her boss into letting her do whatever she wants. And discover that if you’ve been distracted from the narrative, Jana hasn’t. She’s been ahead of the killers—and you—all along. No stock cop stuff here, no routinely cynical worldview—just this relentless little tank of a detective rolling over whatever’s in her way. The subdued prose style, willfully anti-dramatic but with a crackling undercurrent, allows Jana to sneak up on everybody. The reversals at the end are jarring, and the creepy feeling won’t go away soon.

Lawyer-author Genelin once served with the U.S. Department of Justice in Central Europe, so he knows his turf well. Fans of Olen Steinhauer’s early Eastern Bloc thrillers (The Bridge of Sighs, etc.) should find similar delights in the Commander Matinova books.

A police procedural distinguished by intriguing characters and a setting unfamiliar to most fans of crime fiction...While the settings may seem exotic, Genelin reminds us that there are no borders when it comes to such human traits as greed and desperation. A wonderful introduction to this captivating and alluring crime series