The Story Behind Brash Books

We were founded by international men of mystery Lee Goldberg and Joel Goldman, both Edgar-Award nominated, bestselling authors. Lee is the writer/producer of many successful TV series (including Diagnosis Murder and Monk) and is a #1 New York Times bestselling author of more than 40 novels, including the Lost Hills and the first five Fox & O’Hare books with Janet Evanovich. Joel traded his career as a practicing trial attorney to write the hugely successful and award-winning Lou Mason, Jack Davis, and Alex Stone thriller series. Together, these two golden boys share a passion for great crime novels – which led them to start their own publishing company.

Why We Are Here

We publish the books that we love – the widely-acclaimed, award-winning novels that have inspired, entertained, and wowed countless readers as well as today’s bestselling authors of thrillers and mysteries. We also publish innovative whodunits, espionage adventures and novels of suspense from well-established authors and exciting, new voices in crime fiction.

We are currently CLOSED for all submissions.

We expect to begin considering manuscripts again in mid-2023.

Our founders Lee Goldberg & Joel Goldman always wear Brash logo shirts, polos, and sweaters at conferences. So many people have asked Lee & Joel where they can get their own Brash logo-wear that we’ve opened our own store. Now you can be brash, too! You can see the full selection of Brash logo wear here. 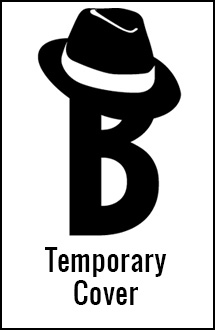 Will Zachary leads an isolated existence running The Flying Z, a struggling, southern Arizona ranch on the Mexico border, with his aging, dementia-stricken Uncle and a ragtag crew of of fellow cowboys and town folk. His ordered life dramatically changes when Merry O'Hara, driving cross-country on her way to grad school at Stanford, takes a wrong turn into a ditch on his land...and right into the middle of a war he's fighting with a vicious cartel smuggling drugs across his ranch. Against all odds, Will and Merry are drawn to each other, at the same time they're desperately fighting, out-manned and out-gunned, to protect the ranch and their lives.