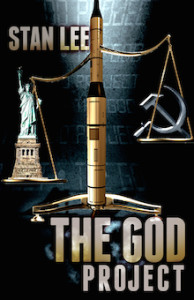 Download your free copy of The God Project by Stan Lee by clicking here.

“Another hilarious romp. The characters are carefully drawn and the action continuous. The book offers comic relief for serious spy thriller fans and fun reading for the rest of us.”
Library Journal