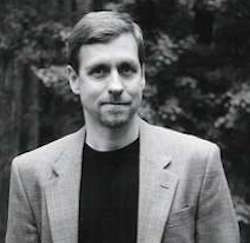 As some of you may have heard by now, earlier this year I was diagnosed with stage III prostate cancer. I began hormone treatment seven weeks ago, and a week from tomorrow I will undergo a high dose brachytherapy (internal radiation) procedure at the University of Virginia Emily Couric Cancer Center followed by five weeks of external beam radiation.

I’m told my prognosis is good. While the tumor is aggressive and locally advanced, scans have revealed no evidence of metastatic disease, and the cancer at this stage is apparently curable. I’m also feeling well physically; I continue to work and since the onset of my treatment have mostly been able to go about my daily routine.

How cancer has changed my life emotionally, however, is another story.

The world didn’t come to a stop the moment I learned for sure I had this disease, although it felt like it. My perception seemed to shift its axis for a moment as I sat alone on the couch listening to the doctor’s words over the phone. The diagnosis didn’t come as a complete shock since, unbeknownst to all but a few close friends, I’d been dealing with an abnormally elevated PSA blood test and negative biopsies, scans, and other tests for quite some time. (Apparently cancer was good at hiding in my case, like the killer sometimes in a detective novel. It took a state-of the art MRI scan and MRI fusion biopsy at a distant teaching hospital to finally reach a diagnosis.) But the finality of this medical pronouncement and its potential implications stripped away my layers of denial in an instant, like an emotional tornado.

It’s no secret I write detective novels and thrillers and have long been a reader and a fan of the genre. Some in the world of literature tend to dismiss such books. They believe crime novels and thrillers overly sensationalize life through their plots and characters and, in some sense, cheapen the human condition, diminishing its portrayal to what s0me derisively refer to as pulp fiction.

But the wisest of literary critics know better. In the clash and pull of a good mystery or thriller is life writ large, with all of the human condition and life’s emotions laid bare. The best fictional detectives or action heroes aren’t cardboard, two-dimensional caricatures. Anything but–the best heroes display genuine humanity and vulnerability. Moreover, the best protagonists don’t shy away from their vulnerability but embrace it. They understand their vulnerability isn’t their weakness–it is the source of their strength.

Maybe that’s what I’ve always loved about mystery and thriller readers and writers. They intrinsically get this. They don’t try to deny the existence of vulnerability and conflict or push it away. Rather they embrace it. Whether they think about this consciously or not they step bravely, if vicariously, into this world of uncertainty every time they reach for such a book or pick up a pen.

Counterintuitive though it may be, there is something empowering about vulnerability. It frees us to move a little closer to our true selves, to seek out and embrace authenticity, to be all God intends us to be.

I won’t pretend I have all this figured out yet. Maybe I never will. But what I have learned from having cancer is something of which I needed to be reminded. I am vulnerable. All of us are vulnerable. What one of my closest and wisest friends calls “the illusion of certainty” in our everyday lives is exactly that: an illusion. And that’s okay. We are all made to sit with the uncertainty of this prognosis. Just as I believe we are made to live in relationship with one another and in relationship with the one who made us. 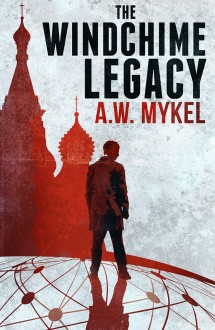 In 1980, the mysterious A.W. Mykel came out of nowhere with this brilliantly inventive, international bestseller. American spies have implants in their skulls that connect them with Sentinel, a intelligent supercomputer that gives the agents incredible intellectual abilities... or it can blow up their skulls at its whim.