Home » Blog » Patrick E. McLean: The Lure of the Heist 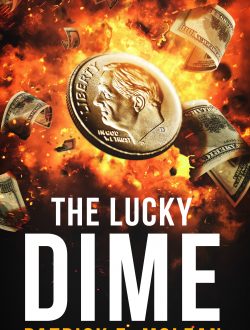 The first part of the answer is I obviously like writing non-heroic or actively anti-heroic characters. It’s a bit difficult to make that sympathetic with a serial killer, but a thief/criminal mastermind is easier to pull off. Deep down, I guess I’ve always loved those kind of stories. And, until you start making them, you don’t realize how ubiquitous they are.

Conan the Barbarian. Sure, it’s painfully adjective-ladened, Sword and Sorcery, but remember Conan is a thief. He’s strong and fast and deadly and all that — but he succeeds because he’s smart.

The American Revolution. Classic heist story, and maybe the best of all time. Thirteen colonies band together to steal a country from the most powerful empire on Earth. And, in the sequels, they force Spain into giving them Florida, press their advantage to get a great deal on the Louisiana Purchase and steal the rest of it from the Indians and the Mexicans.

How to Succeed in Evil Although I didn’t fully realize this when writing them, these books a proto-heist stories. Impossible situations in which Edwin twists it around until he ends up with all the money.

In addition to being great gameplay, these are some of the best written videogames ever. Better written than most movies. And plenty of heists there.

And, of course, the tropes of heist stories are used in countless other stories, TV shows.

But Richard Stark (Donald Westlake) and Parker Novels have a lot to do with it. Even if you don’t care for the characters, setting and themes these books are a masterclass in craftsmanship. Especially plotting.

Thrilling without the Pain-in-the-Ass, end-of-the-world part.

I think the thriller is the genre of our time. The form i uniquely suited to creating the kind of catharsis a person afflicted by the modern world needs to rebalance their psyche. From an excellent post on this by Shawn Coyne :

The thriller is all about one individual negotiating a complex world, living it to the limits of human existence, and usually triumphing over seemingly overwhelming forces of antagonism. Isn’t this a description of what we often feel we are up against every day of our lives? We love thrillers because they reassure us that there is an order to the world and one person can make a difference, have an impact. When we leave a great movie thriller or finish a great thriller novel, we have a catharsis. The experience purges our gloom and gives us reinforcement to stay the course.

The problem, for me, is that a lot of these stories (especially in film and television) hinge on end-of-the-world apocalyptic scenarios. And they don’t work for me anymore. Too cartoonish. Oops it was almost the end of the world, but the brave heroes prevailed. But then, guess what, it’s gonna be the end of the world again.

Brueghel (either one) painted scenes from life that had never been captured on canvas before. Here’s a fight breaking out over a game of cards. The subject matter was controversial for the day (not because of the violence, painting just wasn’t supposed to do that) but you can’t say it doesn’t have craft and artistry.

This kind of choice of subject matter, refreshes art — gets it back to real experience. Because, accurately completely and effectively describing something just as it is, is poetry.

We are all spun off in worlds upon worlds of superheroes — from Batman to Jason Bourne — that stories have, for me, lost a vitality and connection to things as they really are. Here’s George Orwell from “Why I Write.”

“So long as I remain alive and well I shall continue to feel strongly about prose style, to love the surface of the earth, and to take a pleasure in solid objects and scraps of useless information.”

A good heist story is hard.

The story itself may be the purest fiction, but in it’s workings it is very real. 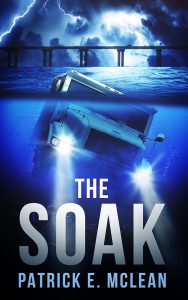 Think up a plot for a heist story that hasn’t been done before? Right now, go.

Now email it to me.

But seriously, for the Soak, I came up with a way to rob an armored car that would work and has never been done before. It took all I had. For the prequel novella, The Lucky Dime, I came up with a half-twist on the Ticking Clock.

I’ve got two more books outlined with Hobbs and crew and with each one, the hardest problem is coming up with the crime that gets the imagination going. Something that has never been done before, but could be done. And could be pulled off in our hyper-surveilled, electronic cash world.

That’s I’ve got two of those I take a sign from the muses I should keep going.

Professionalism as a theme

Crime stories are great vehicles to explore professionalism. So are cowboy stories. Rio Bravo is a story about a lawman who does his job because it’s his job. And doing your job is a morally praiseworthy act. There are problems with this idea. What if your job is turning the gas knob at a concentration camp?

How much do we let our profession define us in the modern world. Especially when a lot of people have jobs that they think is utter bullshit.

Stark’s Parker novels were, for me, all meditations on professionalism. The diligent and skilled were rewarded and the lazy and sloppy ruin things for everybody else and are ultimately punished.

For me, the heist stories give you great ways to explore questions of professionalism. Even on the most basic level — doing a good job stealing something means you are inherently doing a bad thing. But if at thing is worth doing, it’s worth doing well. Isn’t it?

The Human Heart in Conflict With Itself

Faulkner said that all great stories are about the same thing, “The human heart in conflict with itself.” Crime novels (and especially heist stories) have this baked in. At the most basic level, stealing or not stealing something is a conflict between fear and greed. And even if you get away with it, the conflict can easily become a person at war with their own conscience.

With Hobbs, my main character, the conflict is a bit different and more complicated. He’s a guy that should retire, but he can’t because he only has a professional identity. So the internal story is of a man (a bad man) rediscovering and reconnecting with the world and those around him. 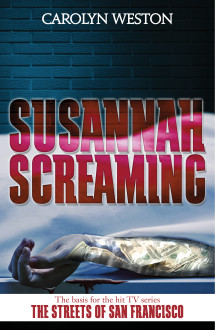