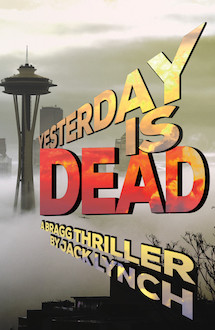 Yesterday is Dead by Jack Lynch

Someone is trying to scare Benny Bartlett, a freelance writer in Seattle into leaving the Jet City…and he has no clue why. It starts with threatening phone calls but escalates into gunfire. The police won’t help, despite clear evidence of attempted murder, so Benny calls his old friend Bragg, who returns to his hometown to get answers. But he soon has to face his own, troubled past when his long lost ex-wife unexpectedly reappears, opening old wounds. Things quickly become explosive…literally. Bragg emerges from the flames into a hailstorm of bullets, beatings and bodies…a blast from the past that could put him in a grave.


Reviews For Yesterday is Dead

Dialogue-driven, but with pauses for contemplation typical of this crime subgenre, this reissue ought to be on the radar of any enthusiast for American private eye fiction